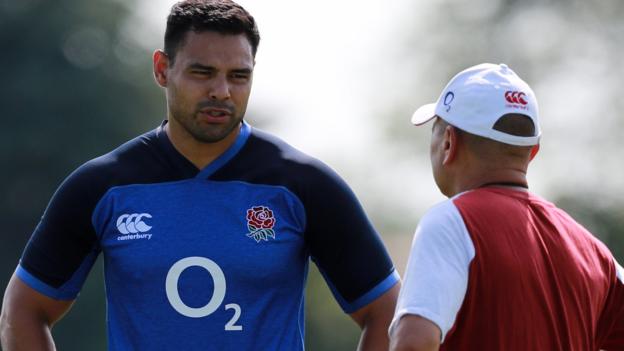 Ben Te’o has signed a short-term deal with Top 14 side Toulon after being left out of England’s World Cup squad.

The 32-year-old centre, who has 18 caps, was a surprise omission from Eddie Jones’ squad for the tournament in Japan starting next month.

It is understood he was involved in an off-field altercation during England’s summer training camp in Italy.

Te’o has signed a contract with the French side until November to provide cover for World Cup absentees.

He left Premiership side Worcester at the end of last season after just 33 games for the Sixways outfit over three years after his arrival from Leinster.

Bury fans look ahead to Friday, when the 134-year-old club could be expelled from the English Football League.

The comedian travels the world to unearth her roots

Get latest scores and headlines sent straight to your phone, sign-up to our newsletter and learn where to find us on online.

How to get into rugby union – through the age groups up to the 15-player game or try rugby sevens, which made its Olympic debut in 2016.

Enjoy the best debate, analysis and interviews with BBC 5 live and World Service plus our rugby union commentary listings.