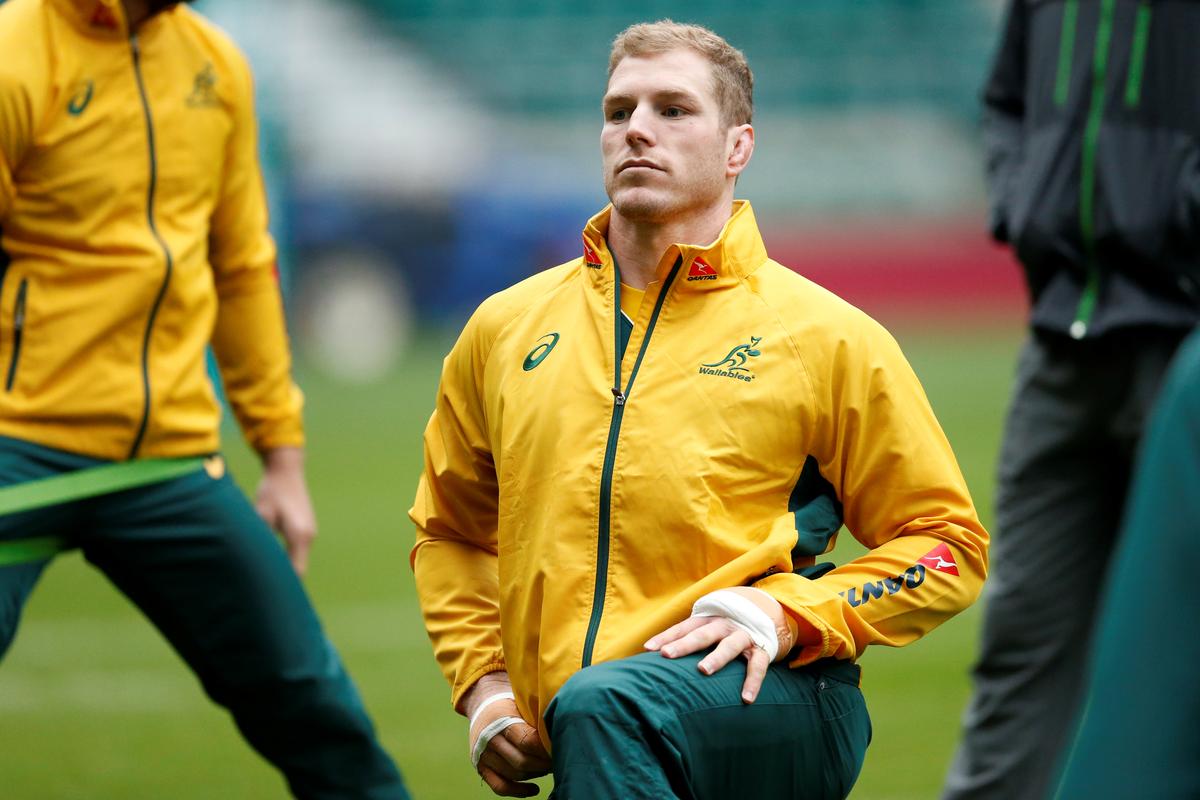 MELBOURNE (Reuters) – Australia coach Michael Cheika is expected to roll the dice and include David Pocock in his World Cup squad to be released on Friday despite growing concerns over the loose forward’s lack of match fitness ahead of the global showpiece in Japan.

The 31-year-old had been expected to feature in at least one match during the Rugby Championship and two Bledisloe Cup tests against New Zealand, but selectors kept him wrapped in cotton wool throughout.

Pocock has not featured in Wallabies gold since a test against Italy last November and he barely played Super Rugby this year while struggling with a problematic calf injury.

If selected, he would have only one warmup before the World Cup, a farewell test against Samoa on Sept. 7, to prove his body is still up to the rigours of test rugby.

Pocock returned to full training before the Wallabies’ last test against the All Blacks but ended up playing no part in the 36-0 humiliation at Eden Park.

Concern over the no-show has been compounded by the caginess of the Wallabies’ selectors over Pocock’s fitness.

“There’s no clarity off the field nor on it, especially after Australia’s near record loss to the All Blacks on Saturday,” the Canberra Times complained earlier this week.

As a masterful ball-poacher and one of the world’s most fierce combatants at the breakdown, Pocock is arguably worth waiting for, even if his return might mean change to a back row that appeared set after victory over the All Blacks in Perth.

The back three of captain and openside flanker Michael Hooper, blindside Lukhan Salakaia-Loto and rookie number eight Isi Naisarani performed well in the 47-26 defeat of the world champions at Perth Stadium, so Pocock’s eventual resumption may end up launched from the bench.

Cheika answered many of his selection posers against the All Blacks, confirming that the once-wayward James O’Connor is a handy asset at outside centre and that Nic White will challenge Will Genia for the starting scrumhalf role.

There is less certainty on the fringes, however, particularly around the outside backs and playmaking positions.

Nick Phipps, once Genia’s understudy and a veteran of two World Cups, has fallen off the radar, leaving hope for ACT Brumbies’ Joe Powell to be included if Cheika opts to avoid the risk of bringing only two scrumhalves to Japan.

Kurtley Beale has locked up his old position at fullback following the sacking of Israel Folau, with Dane Haylett-Petty a likely backup for the 15 jersey.

Pacy outside backs Jack Maddocks and Tom Banks may be nervous, however.

They could be shut out if Cheika opts to back the highly rated teenager Jordan Petaia after his recovery from a foot injury, while giving the versatile Adam Ashley-Cooper a fourth World Cup campaign.

Tevita Kuridrani, the starting 13 through most of the 2015 World Cup in England, is also no certainty after a subdued Rugby Championship outside Samu Kerevi.

With no Australian playing contract announced, time may have run out for England-based lock Will Skelton’s hopes of a late inclusion, leaving Luke Jones and Rob Simmons the likely second row reserves after Rory Arnold, Izack Rodda and Adam Coleman.

At 34 and without international rugby since the England test last November, Tatafu Polota-Nau could be set for his third World Cup as a reserve hooker behind Tolu Latu and Folau Fainga’a, which would edge out three-test rake Jordan Uelese.