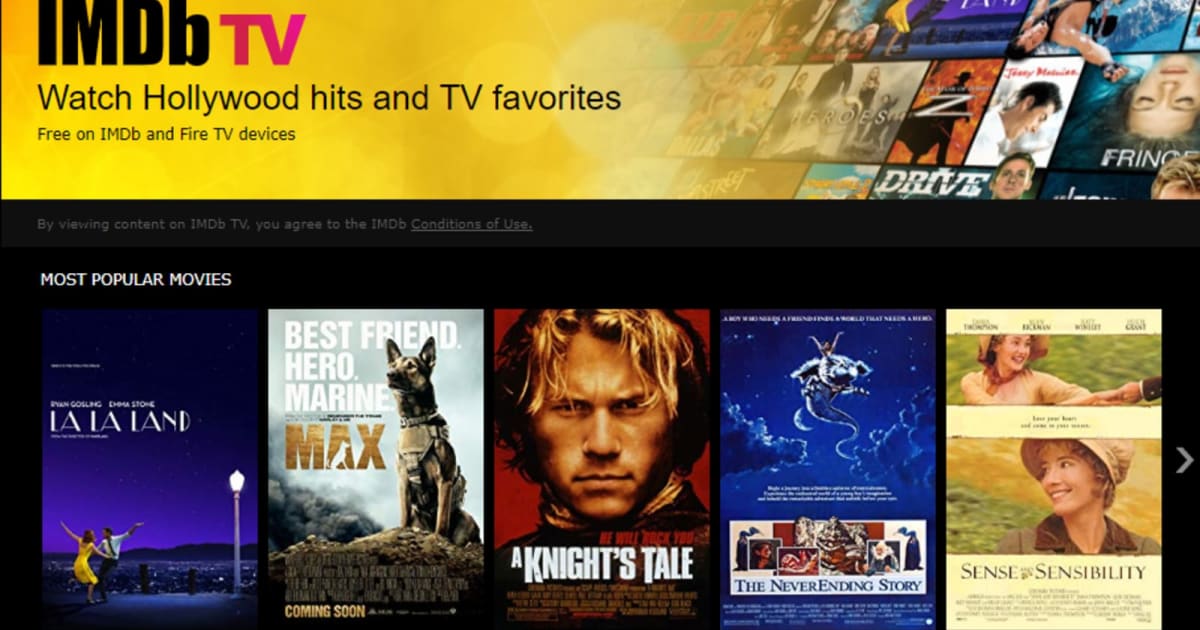 If you’ve already seen everything new on the streaming, IMDb’s free selection of ad-supported films and tv shows may prove enticing.

The film industry site today announced that viewers can now stream IMDb TV’s titles through the IMDb mobile app. Prior to this, the service was only available on the IMDb website, Prime Video or Amazon Fire devices.

IMDb TV has also expanded its offerings through new deals with Paramount and Lionsgate. New to the service are Silver Linings Playbook, Age of Adaline and In the Heart of the Sea. Also available now is The Middle, a TV show starring Patricia Heaton and Neil Flynn.

While there’s certainly no danger of IMDb TV becoming a Netflix or Hulu disrupter, its offerings of older titles could certainly become a viable Plan B on a rainy Saturday night. If nothing strikes your fancy on IMDb TV, you should check back later. The selection of titles is always changing, so new titles will be available in the near future. Both the Android and iOS versions of IMDb offer the option to stream. You can also stream movies on your laptop via the IMDb TV site.