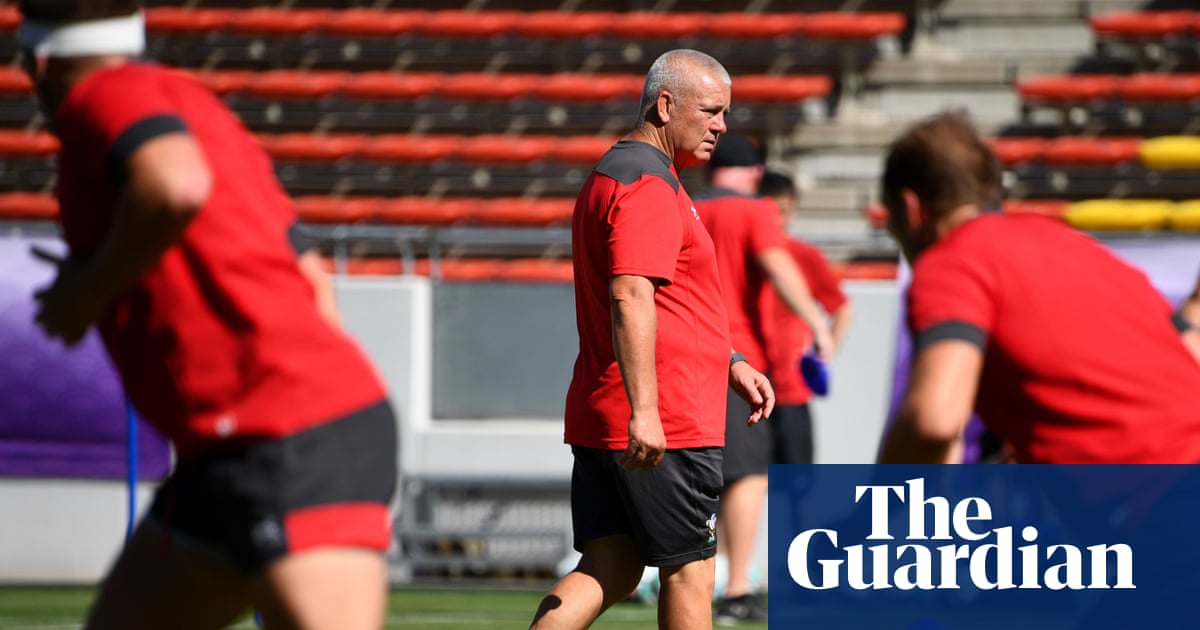 Warren Gatland had planned a farewell with his coaching team in Dublin after the World Cup, sampling a few drops of the black stuff to mark the end of 12 years together. Black is the word in a week when his right-hand man since 2008, Rob Howley, was sent home as an investigation was launched into whether Wales’s attack coach had breached betting regulations.

This is when Gatland earns his money. No one is shrugging off the loss of a key coaching figure less than a week before Wales’s opening match in a tournament they believe they can win as if it were something that happened all the time. But with a replacement, Stephen Jones, already summoned, the talk is of using adversity to forge a stronger team spirit.

Wales did so during this year’s Six Nations when, before facing Scotland, news was leaked of merger talks between the Scarlets and the Ospreys, and with it the potential loss of players’ jobs. The Welsh Rugby Union was forced to hold meetings with the players and all the talk was trying to sort out the mess rather than preparing for the match at Murrayfield.

Wales won 18-11 and went on to claim the grand slam, but there is a difference between individuals putting aside concern for their own futures and that of regional teammates and losing a coach who has been Wales’s tactical driver in attack for so long. It would have mattered less a generation ago, but today’s players have become reliant on coaches to provide them with a framework to operate in. When Gatland tried to loosen the reins and empower his charges in 2010-11, results suffered and some former internationals began calling for his sacking. His players preferred a blanket to the open air.

South Africa lost their attack coach, Swys de Bruin, last month after he stood down for medical reasons. The head coach, Rassie Erasmus, quickly found a replacement, but not a like-for-like one. “I spoke to the players and the consensus was that we did not want a new attack coach,” he said. “The feeling was that bringing in someone in that role now with new ideas would be destabilising at this last stage of preparations.”

So Felix Jones arrived from Munster and was given a defence brief. “The players were interested in having more analysis of defensive patterns and structures to assist in breaking down the opposition,” continued Erasmus. Jones will be at his first training session on Thursday carrying the title of attack coach.

Stephen Jones’s approach will be different from Howley’s. Under Jones, the Scarlets were known for their freestyle approach. Jones, a former Wales captain with 107 caps, was due to start with Wales after the departure of Gatland and his coaching staff and he was part of their squad for the first four years before retiring in 2012. Given the now close contact between the national team and the four regions, the transition will not be bumpy. He will, though, have no time to rip up what has been laid down. That will come in the Six Nations.

However, the precedents for Wales are not auspicious. In 1995, less than three months before the start of the World Cup in South Africa, the WRU fired Alan Davies after a wooden spoon campaign in the Five Nations. His lieutenants, asked to stay, departed in sympathy and protest. A triumvirate of club coaches took charge and Wales failed to make the knockout stage.

In a wider sporting context, Spain’s upheavals before football’s World Cup last year are instructive. They sacked their manager, Julen Lopetegui, 48 hours before their opening match against Portugal following the reveation he had agreed to become the manager of Real Madrid after the tournament. A replacement was summoned, but one of the favourites failed to make the quarter-finals.

Gatland is renowned for his ability to minimise the disruption caused by tension and stress, but this is different. While on a sabbatical with the Lions in 2017, Howley stepped up as Wales’s interim head coach and there were different attack coaches in the November internationals and Six Nations. >The plan backfired. Wales were thumped by Australia and beat Japan with a late drop goal before losing three championship matches.

So for Wales it is a step into the little known. It may turn out that they do not miss a step, but only having his captain, Alun Wyn Jones, ruled out of the World Cup with injury would have been worse news for Gatland. He can only carry on regardless.