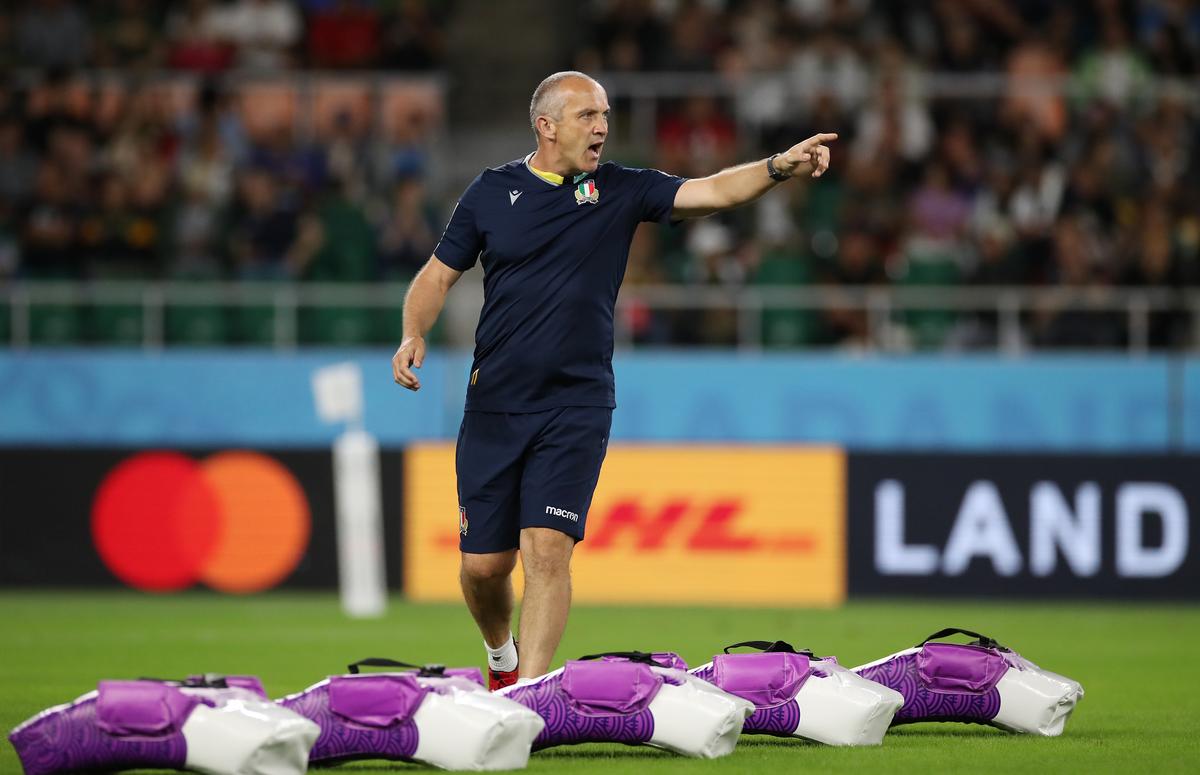 Italy coach Conor O’Shea said his side were fortunate to receive only one red card in their 49-3 Rugby World Cup loss to South Africa on Friday, a team he rates as possibly the most powerful he has ever seen.

Italy coach Conor O’Shea said his side were fortunate to receive only one red card in their 49-3 Rugby World Cup loss to South Africa on Friday, a team he rates as possibly the most powerful he has ever seen. Italy were bullied and battered by the Springboks, who ran in seven tries and dominated the collisions to put one foot into the quarter-finals with a final Pool B game to come against Canada on Tuesday. O’Shea’s side were not helped by the sending-off of Andrea Lovotti on 43 minutes after the prop tipped Bok number eight Duane Vermeulen onto his head at a ruck.

Yet he was not the only culprit in the incident with front-rower Nicola Quaglio also involved in the tackle. Referee Wayne Barnes spoke to his assistants and the Television Match Official, but only seemed interested in dealing with the main culprit, Lovotti. “Potentially it could have been two red cards from what I saw,” O’Shea told reporters. “It was just a stupid act. You can’t play for 40 minutes with 14 players against that (the Boks), they are an outstanding team.” Italy trailed 17-3 at halftime but had won a penalty five metres from the Bok line following a thrilling break into their opponents 22, which made the moment of madness all the more infuriating for O’Shea.

“If we could have got a score then you think, in some way, things could have gone for us. We were certainly not out of the game. “You plan for a lot of things in rugby, but you can’t plan for that. Andrea is more destroyed than us, but we are all destroyed.” O’Shea praised the quality of the Boks to capitalise on the red card, and says they are very much contenders for the World Cup trophy. “They are massive, they are powerful and they have got x-factor in the backline. When that power gets onto the front foot, it was just wave after wave. They are very structured as well.

“They are potentially one of the most powerful sides I have seen on a rugby pitch. They are formidable and they will be very difficult to stop.” Italy can still reach the quarter-finals, but will likely need to beat defending champions New Zealand and deny them a bonus-point in their final pool game at the City of Toyota Stadium on Oct. 12. Asked about his own future, O’Shea said he is only focused on the All Black contest. “I will talk about my contract after the World Cup,” he said. “I just want to focus on this tournament.”