Japan’s progress to the World Cup quarter-finals has not only enthralled the host nation but it has also made the heavyweights of the rugby world, including defending champions New Zealand, sit up and take notice. 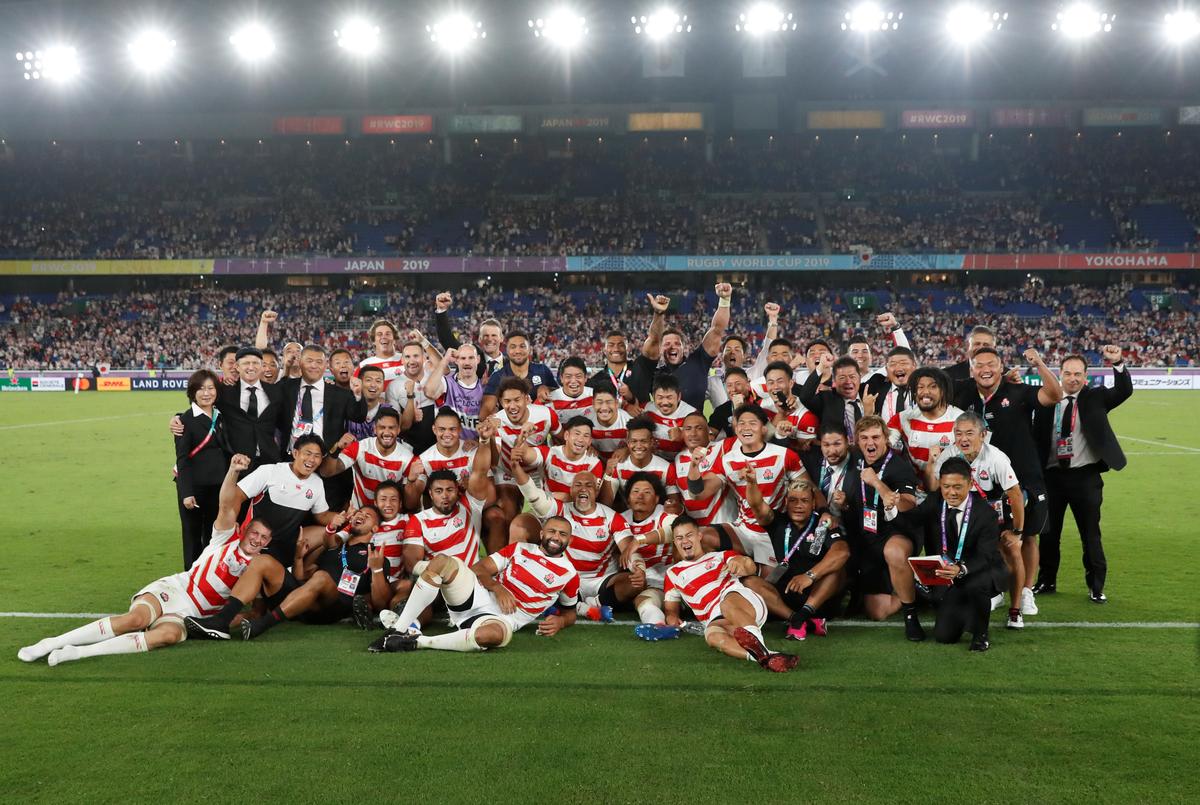 Impressed by Sunday’s 28-21 victory over Scotland at a raucous Yokohama Stadium, which propelled Japan to their highest world ranking of seventh, All Blacks coach Steve Hansen was glad not to be facing the hosts next. “Well, they’re the in-form team, I’m quite happy they’re on the other side of the draw.” Japan advanced top of Pool A with four straight victories over Russia, Ireland, Samoa and the Scots and will face South Africa in the quarters after the Springboks finished runners-up to New Zealand in Pool B.

Embed from Getty Images
If Japan manage to repeat their victory over the Springboks from four years ago in Brighton they would face either Wales or France in the semi-final, meaning they would only meet the All Blacks if both sides got to the final. Hansen was impressed with the speed at which Japan played, as well as their tenacious defence. They kept Ireland scoreless for 60 minutes in their 19-12 win and Scotland for the final 25 when Gregor Townsend’s side were threatening a fightback.

Embed from Getty Images
“It’s worked against Ireland and it’s now worked against Scotland and their other pool opponents.” Loose forward Sam Cane said that about three-quarters of the New Zealand squad had gathered in their team room to watch the game, while he suspected the rest were watching in their rooms. “It was probably the most players we’ve had in the team room watching a match this tournament,” Cane said. “It was pretty impressive. The speed that the Japanese played at, the skill level, they’re the real deal.”

The Brave Blossoms’ consistency had also impressed Hansen and he felt they were playing like an elite team. “They’re playing and performing like a tier one nation,” he said. “They’re now in the top eight in the world on performance and they’re playing quality rugby. Japan should be really, really proud of them. They have given the game a boost, they’ve given Japan rugby a boost and they’ve given the Japanese people a boost.”