England bounced back from their first tournament qualifying defeat for 10 years with a 6-0 thrashing of toothless Bulgaria on Monday in a Euro 2020 Group A clash marred by racist incidents in the first half that stopped the game. 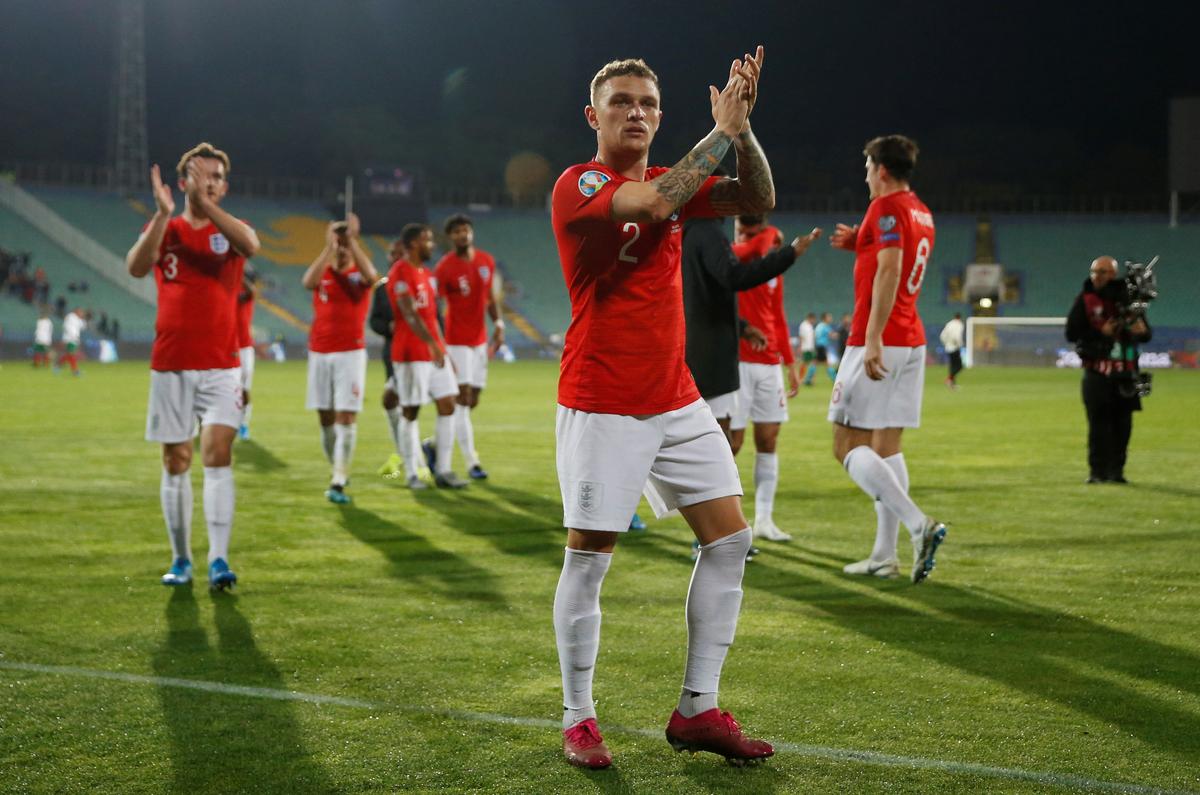 The match at the Vasil Levski stadium was temporarily halted by the referee in the first half under a three-step UEFA protocol to tackle racist abuse from the crowd. Racist chanting was heard from the stands and reported by England players to manager Gareth Southgate, with the referee informed and a public announcement made on two occasions. “The officials were onto everything very quickly,” said Southgate. “We reported everything very quickly when we heard things. “I explained to the players that if anything else did happen in the second half we would be coming off. We all saw the second half was calmer and that allowed our players to do their talking with the football.”

Ross Barkley and Raheem Sterling both scored twice after Marcus Rashford opened the scoring and captain Harry Kane finished off the rout, Bulgaria’s heaviest home defeat, as the visitors recovered from a 2-1 loss to Czech Republic on Friday. England, who moved closer to a place at Euro 2020, are top with 15 points from six games, three ahead of the Czech Republic and four in front of Kosovo who beat Montenegro 2-0. England debutant Tyrone Mings was an early victim of racist abuse, turning towards the fans when chants were aimed in his direction. Croatian referee Ivan Bebek stopped the game in the 28th minute after Raheem Sterling was a target for abuse.

A group of black-clad Bulgarian fans, some of whom were making right-wing salutes, were moved from an area behind the dugout with home team captain Ivelin Popov trying to appeal to the supporters in a heated discussion at halftime. Popov did not even go to the dressing room, attempting to explain to fans that their behaviour was unacceptable. European soccer governing body UEFA had ordered the Bulgarian Football Union to partially close the Vasil Levski national stadium for England’s visit after supporters were found guilty of racist behaviour in matches earlier this year.

On the pitch, Barkley struck twice after Rashford score in the seventh minute as Southgate’s side highlighted the gap in quality with the hosts before Sterling netted before halftime. England’s victory was rounded off by Sterling’s second goal midway through the second half and a cool finish from Kane five minutes from the end against bottom side Bulgaria. “We have no class,” coach Krasimir Balakov said of his side. “I understand all the people who have bought tickets and wanted something different, but against this England team, with this dynamic, and with these players that cost millions…”