France recognise that they need to do more than one thing to beat Wales in their Rugby World Cup quarter-final in Oita, but not wasting a good start will be key, according to their inside backs on Monday. 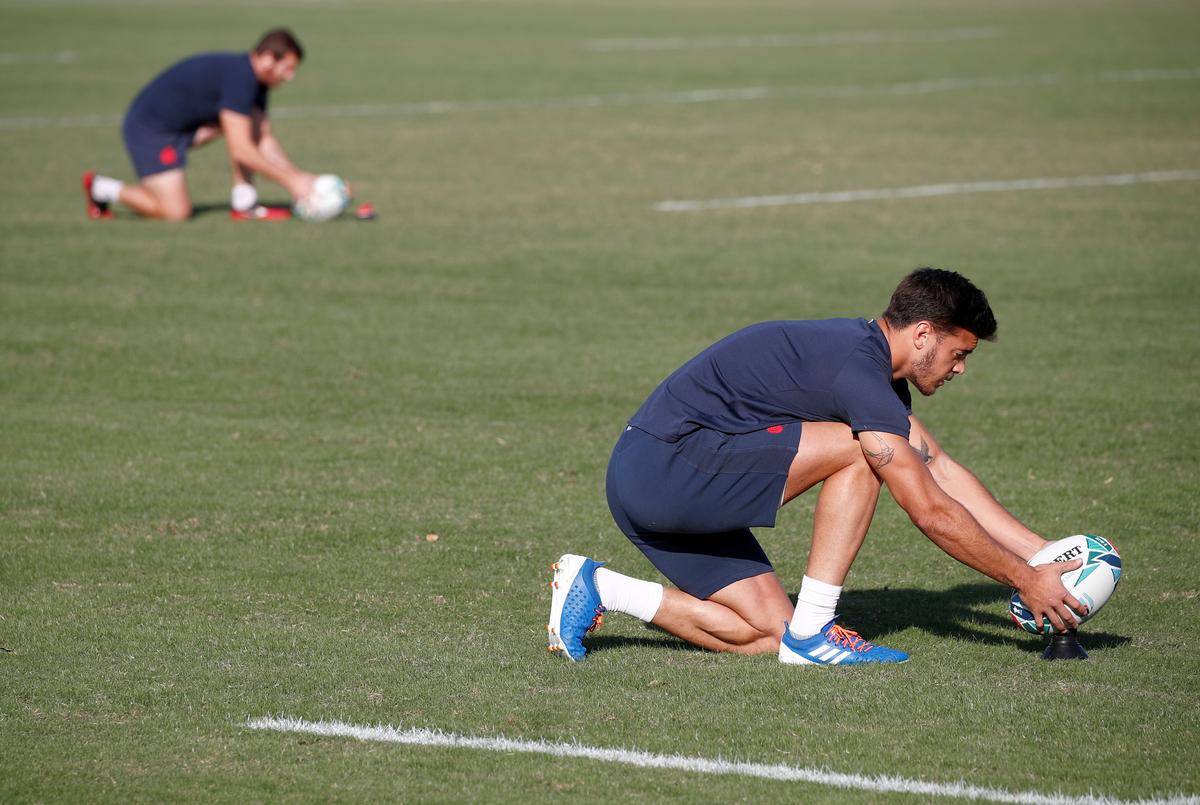 Wales beat France 24-19 in the Six Nations earlier this year despite the French having raced out to a 16-0 lead by halftime. Flyhalf Romain Ntamack said on Monday the feeling among the squad was they had lost that game rather than Wales won it and it was a lesson they had absorbed heading into Sunday’s quarter-final. “We must turn it to our advantage,” Ntamack told reporters on Monday. “We had a great first half. We put them in trouble. We have to take that as our working base.

“But we have to correct things – we only played 40 minutes against them. This time, we’ll need to play for 80 minutes – more even. And last 80 minutes.” The fact Ntamack recognised their shortcomings should not be lost on Warren Gatland’s side. The flyhalf said they had been having similar problems in recent matches, including at the World Cup against Argentina where they raced to a 20-3 lead at Tokyo Stadium only to need a 69th-minute Camille Lopez drop goal to win the game. “We start matches strongly, we have the opportunity to kill them off, but we don’t and teams come back,” Ntamack added.

“We hold back, our first-half success deserts us… we have to correct that and we’ll correct it this weekend. “The goal is to make the same start, last 80 minutes, and if we have the chance, kill off the match. “Little things make us depart from our gameplan. We’ve corrected them so we’ll be ready this weekend.” Ntamack’s halfbacks partner Baptiste Serin added the loss to Wales at the Stade de France had played on their minds and it was an itch they needed to scratch at Oita Stadium on Sunday.

“Everyone thinks about it. When you have a first half like that and end up losing, it leaves its mark,” Serin said. “We’ll make use of the experience, look at what went well, work on what didn’t. “But we’re not going to focus on that match – there’s a big gap between the Six Nations and the quarter-final of the World Cup. We’re going to work on what the Welsh did in their recent matches.”