How to role play and have sex in different costumes and outfits. Aka, how to jack-o(ff) each other's lanterns!

No matter what candy you plan on eating in bulk this year, the only thing sweeter and more deliciously indulgent is a bunch of orgasms. So put those costumes to good use and (trick-or-)treat yourselves! 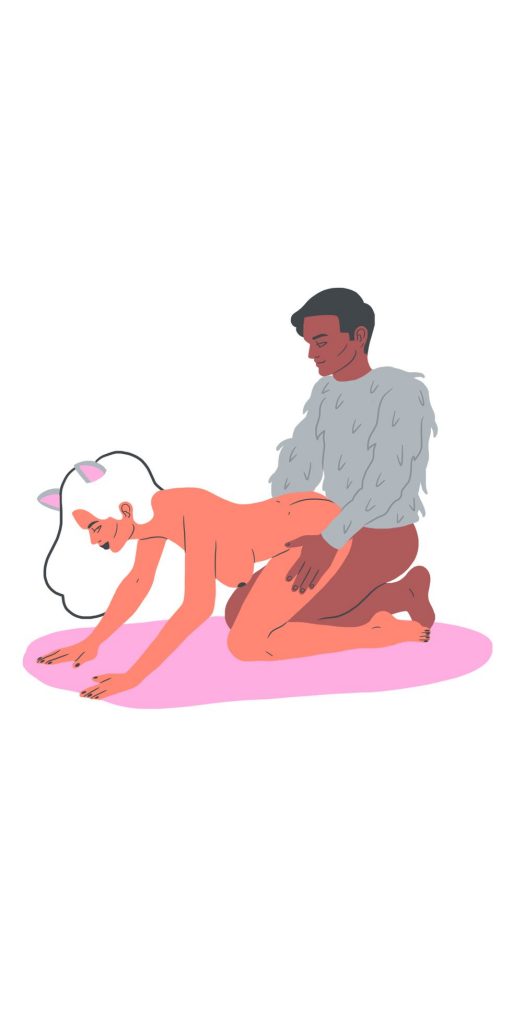 For deeeeeeep penetration, sit on your partner's lap, facing away with your hands in front of you for support. Match their thrusts and it's like doggie, but turned howlingly feral. 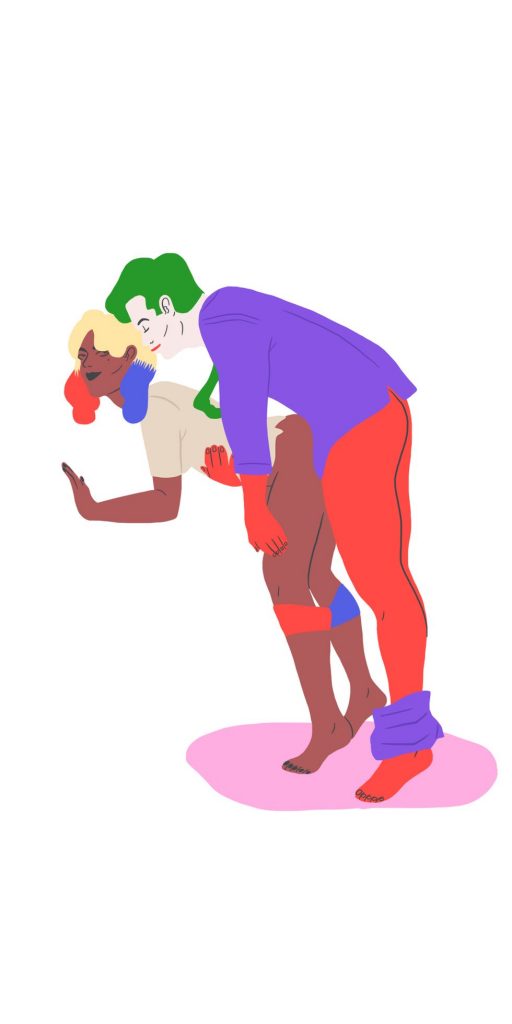 You're already wearing the costumes, so bust out the role play. Try an imbalance of power, like a villain capturing a superhero or a private investigator having dirt on someone really bad. Coordinate your costumes ahead of time so you rock the halloween party AND the bedroom later. Knowing the fun you'll have later makes the house party before basically foreplay! 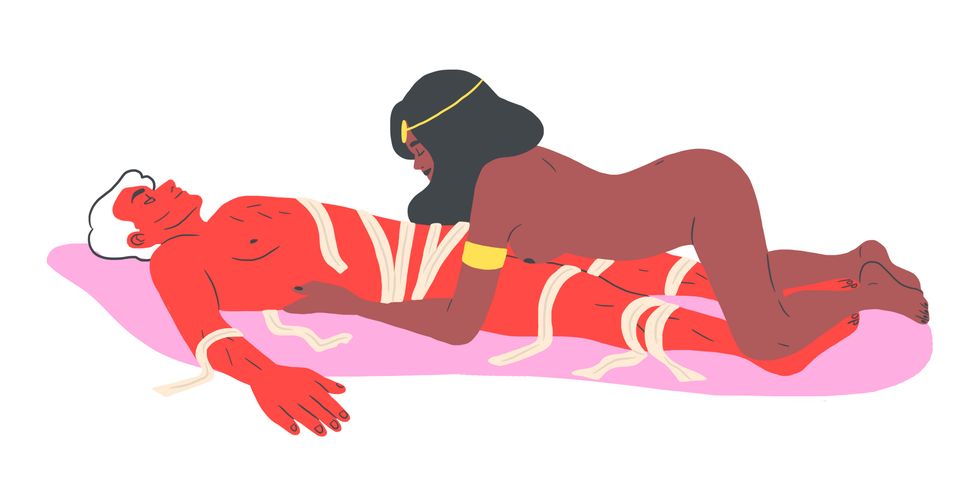 Let your partner go trick or treating on your body by putting tiny dollops of flavored lube wherever you want your partner's mouth. (New flavored options are waaaaay better than the gross strawberry of yore and come in dessert-y/coffee house flavors like tiramisu.) Pick a condom-and-toy-safe lube (aka, a water-based one) and you can take it further if you want. 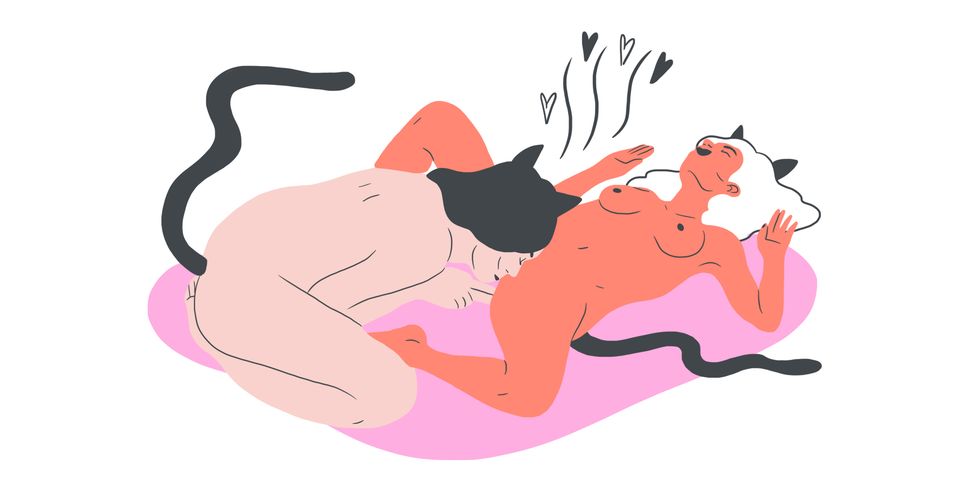 Put candy into service as BJ-enhancer. Pop something smooth and round like Skittles, Reese's Pieces or M&Ms onto your tongue, and hold them against the underside of their shaft as you slide your mouth up and down. (You can also use something minty or cinnamon-y if they're into more intense sensations. But ask first; not everyone appreciates surprise spice). Use your tongue to roll them around the head or wiggle them against the frenulum. Wrap a Red Vine or a strip of Laffy Taffy around the base of their shaft for a makeshift cock ring, then nibble it (carefully!) away. 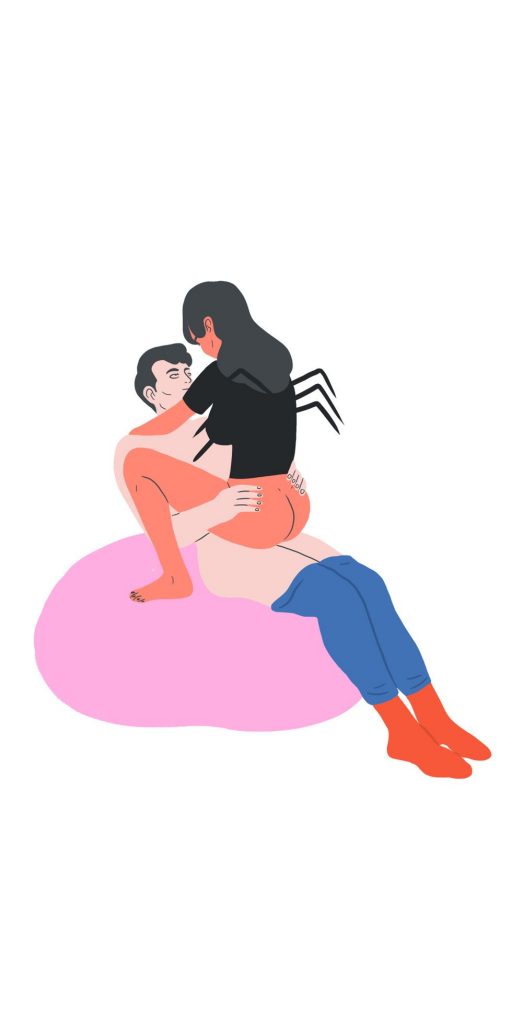 Sit their ass down in a wide chair and climb up so you're facing them, putting your feet on the chair on either side of their bum. Wrap your arms loosely around their shoulders and let them appreciate the gorgeous visuals. Mix it up with long, sweet kisses, and opening and shutting your knees as you see fit. (Pro tip: Afterward, don't kill and eat them like a real spider.) Time to make that bed rock. Your partner lifts your butt in a very primal, need-you-now way, in a position that lets you both stroke whatever needs to be stimulated while gazing lustfully at each other. Try it by candlelight for some extra fire.

Lean back against a kitchen counter, wrap your leg around your partner, and throw your head back to reveal a much under-appreciated erogenous zone: your neck. Grab their butt, squeeze, and pull them in deeper, while they kiss and suck your bare neck. Cape optional (but let's be real: highly recommended). 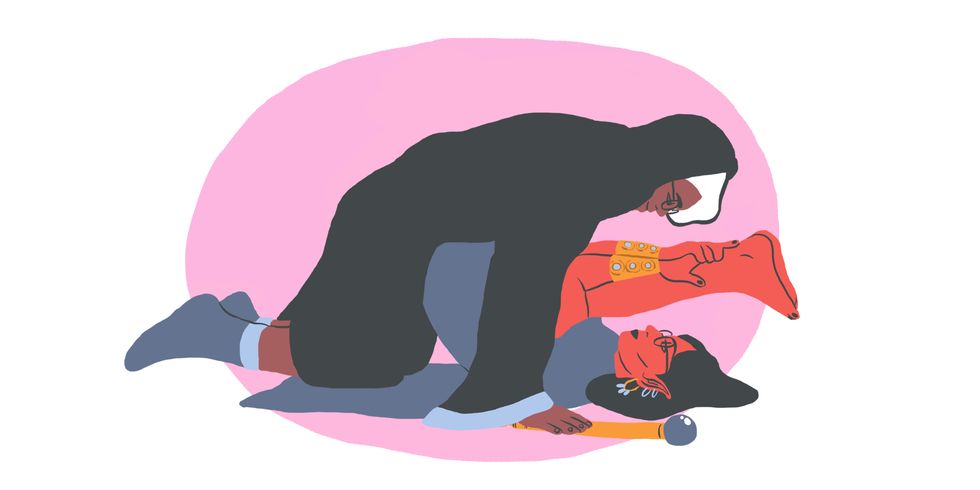 Let your partner enchant you via penis magic with a wicked 90 degree twist on missionary. As they thrust, circle your hips so it's like they're stirring your cauldron, double-doubling your orgasms. Lie on your back with your legs spread and knees bent. Your partner puts their hands together, bending their ring and middle fingers toward their palms. They slide their two pointer fingers inside of you, and circle your clit with two thumbs. They move their fingers kinda like bat wings, you orgasm, everybody wins.

Have your partner lie on a narrow sturdy surface, like a coffee table. Plant your feet on either side of the table and mount them facing their feet in a sort of elevated-reverse-cowgirl. Cast a spell over both of y'all by propping your hands on their legs and bending forward, leaning back, or tilting your pelvis to switch up the sensations. Circle your hips like you're stirring a cauldron for some extra hocus pocus.