Winger Jonny May scored two tries in three first-half minutes as England underlined their World Cup credentials with a dominant 40-16 win over Australia on Saturday to set up a semi-final against reigning champions New Zealand. 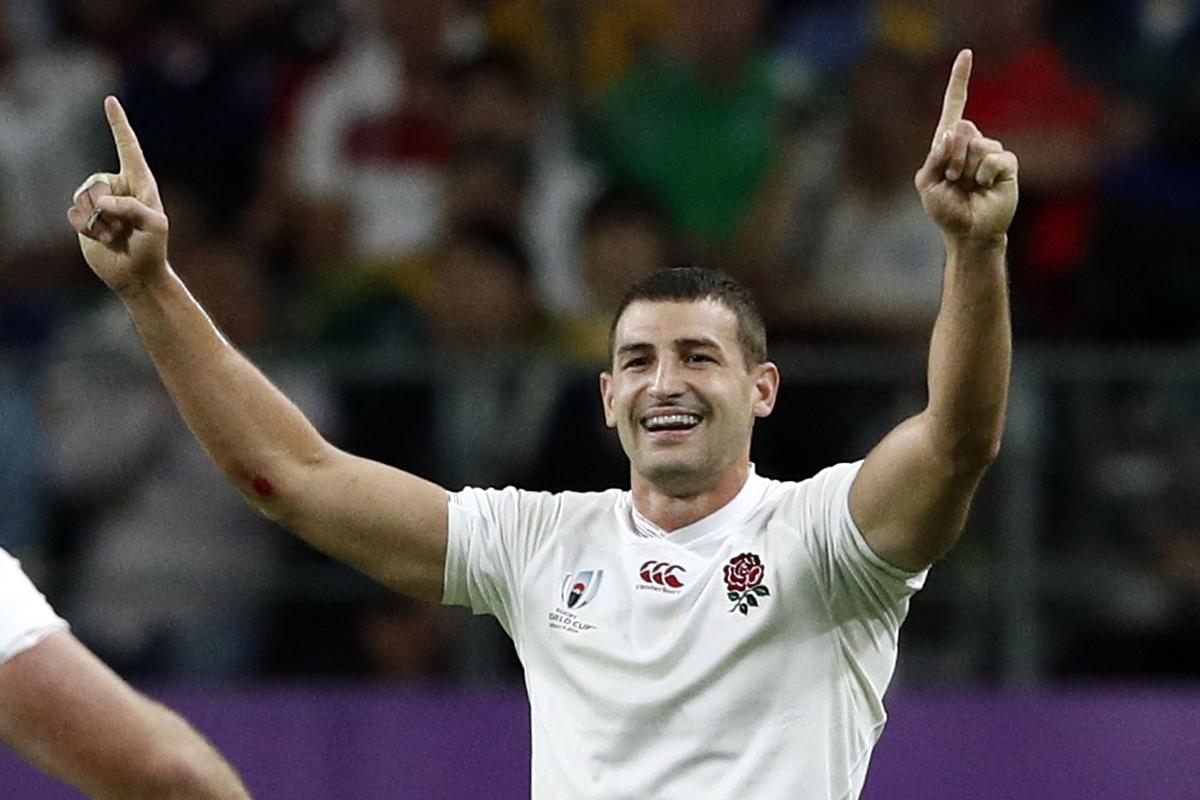 Four years after the Wallabies sent England packing out of their own tournament, Eddie Jones’s side gained a measure of revenge while extending their winning streak over the Australians to seven matches. Australia played a full part in an engrossing contest but in the end were well beaten by a team who defended stoutly, took their chances ruthlessly and had a flyhalf in Owen Farrell who managed the game maturely and kicked flawlessly for 20 points. England, who scored four tries in all to Australia’s one, have now won three World Cup quarter-finals against Australia and will move on with confidence to the clash against the All Blacks, who beat Ireland 46-14 later on Saturday.

“This was a good performance but we don’t feel we are at our best yet,” said England coach Eddie Jones, before expanding on a Japanese theme he introduced on Thursday. “The best samurai were always the guys who had a plan but could adapt, had a calm head but were full of aggression, and I thought we were like that today. The challenge is how we get better because there is always a better samurai around the corner.” Twice world champions Australia were losing finalists in 2015 and while their early departure will probably mark the end of Michael Cheika’s five-year reign as coach, he was pleased they went down attacking with ball in hand.
Embed from Getty Images

“We really went into the game looking to play our Australian style of footy, which we did a lot of, just not clinical enough to finish off opportunities,” he said. “They defended very well. Sometimes you have just got to suck that up and wear it, that’s life. We’ve had great support here and at home. I feel that weight, should have delivered for them.” Australia made the better start but were unable to turn early possession into points until flyhalf Christian Lealiifano opened the scoring with a penalty after 11 minutes. The lead would only last seven minutes before the first of May’s double strike, England giving the Wallabies a lesson in how to make pressure pay when the winger went over on the overlap after a beautifully delayed pass from flanker Tom Curry.
Embed from Getty Images

Australia went straight back on the attack but a David Pocock pop-pass went through the hands of Lealiifano and Henry Slade swooped onto the ball, the centre racing 40 metres before putting May into the left corner again with a neat grubber kick. The Wallabies were stunned but still avoiding kicking out of defence, making good ground with ball in hand and again working their way deep into England territory only to spill the ball in the tackle. The referee was playing advantage, however, so Lealiifano was able to cut the deficit to 14-6 from the kicking tee, with another penalty apiece before halftime sending England into the break with an eight-point advantage. Three minutes into the second half and it was one point, a lofted pass from Reece Hodge setting centre Jordan Petaia free on the left, the teenager finding Marika Koroibete who turned May inside and out before touching down. Another England double whammy almost immediately put the Australians on the back foot again, however.

Farrell first provided a sublime flat pass to put prop Kyle Sinckler in for his first test try and then, after his pack had monstered Australia at the scrum, the flyhalf stepped up to extend the lead to 27-16. Australia knew they needed to score next but, when offered the opportunity with a penalty in front of the posts just before the hour mark, Michael Hooper elected to go for a scrum. England’s eight held firm, the defence held firm, and soon they were back in the Australia half hammering away at the try line and earning a penalty that Farrell slotted to take the lead to 14 points. The 2003 champions were now in full control and Farrell slotted a fourth penalty after the Australia forwards collapsed a rolling maul out of desperation. The Wallabies were forced to throw caution to the wind and Anthony Watson scored a fourth try from an intercept four minutes to ensure England would match their record winning margin against Australia, the 30-6 win in 2017.