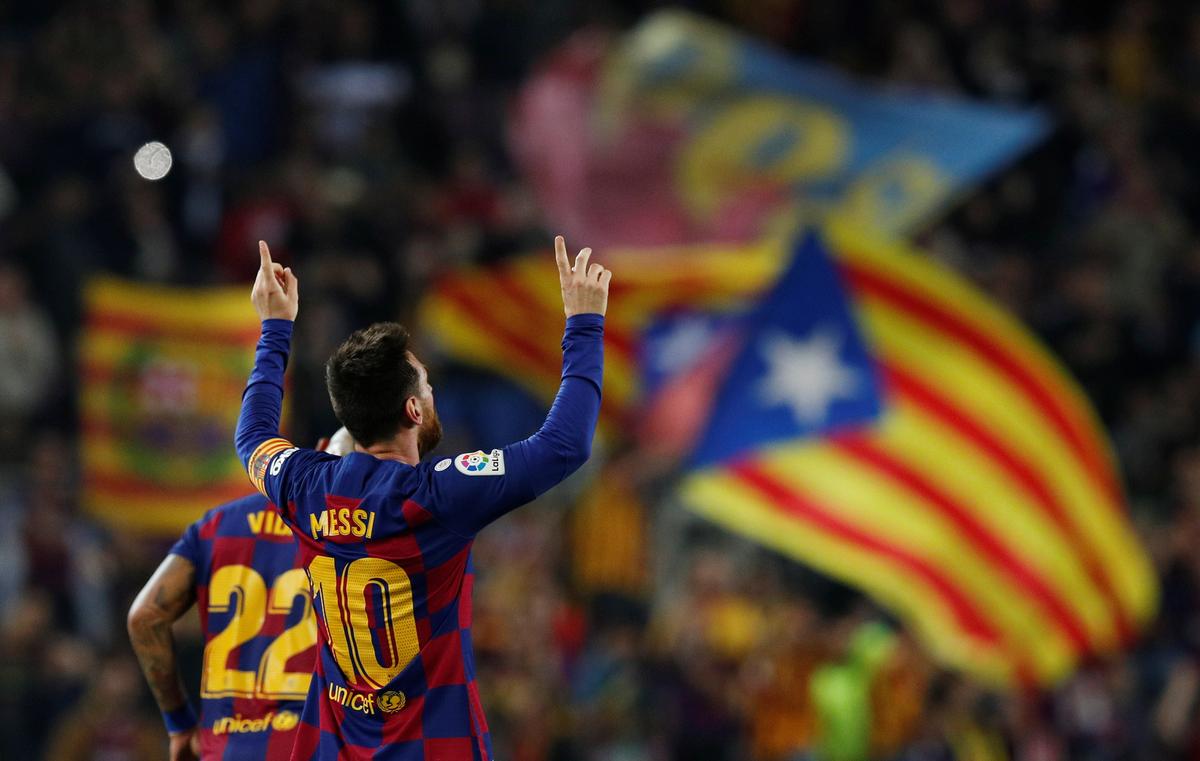 Ernesto Valverde’s side ran out comfortable winners at the Camp Nou, where Saturday’s Clasico against Real Madrid was due to be played before it was postponed until December because of political tension. The unstoppable Messi teed up Arturo Vidal with a magical pass for the Chilean to put the hosts 2-1 ahead after Kiko Olivas cancelled out Clement Lenglet’s early deflected opener. Then the Argentine whipped a free kick into the top corner, fired home another and sent Luis Suarez through to ensure Barcelona moved top on 22 points from 10 matches.

“Leo showed all the quality he has, when he’s like that the team really feels it,” said Vidal. “We see him every day and he surprises us every day, with the quality he has, he’s from another planet. I have no words to talk about Leo, he’s from another world, everything he does, he does well.” Barcelona took the lead after just two minutes when the ball bounced fortuitously to Lenglet in the area and he crashed an effort in off the crossbar. Olivas levelled after 15 minutes when Barca keeper Marc-Andre ter Stegen could only parry a free kick, with the defender deflecting the ball home.

Messi, however, helped Barcelona take control with a perfect pass for Vidal before the Argentine scored his fourth goal in four matches in all competitions and 100th under coach Valverde. Luis Suarez had a goal disallowed for offside before Messi struck again in the 75th minute, turning brilliantly before driving beyond Masip. Messi then set up Suarez with a well-judged through-ball, which the Uruguayan dispatched with aplomb. “They are very good and they don’t let you off the hook, Messi worked wonders,” said Valladolid captain Michel. “You just have to applaud (Messi) and enjoy him.”