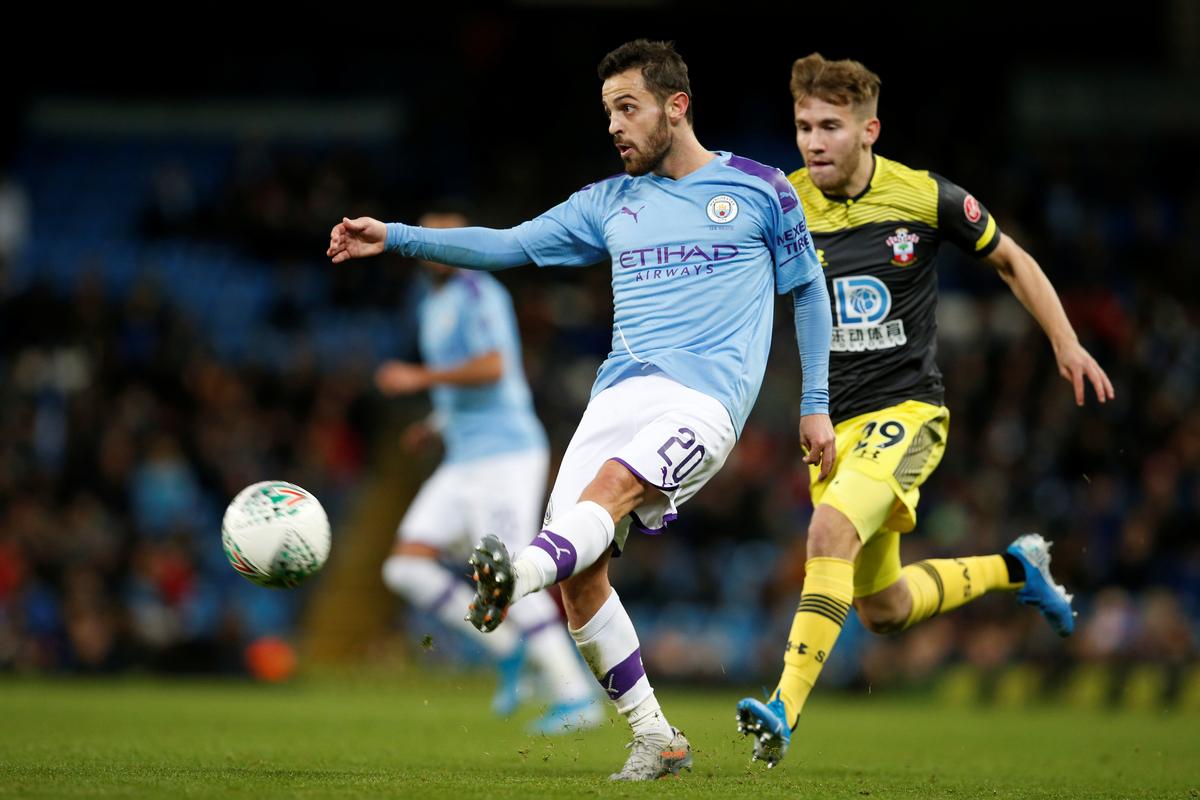 Holders City made nine changes and gave a debut to 18-year-old Tommy Boyle, grandson of their late former captain Mike Doyle, and dominated the first half against the visitors who still appeared shell-shocked by Friday’s Premier League mauling. Nicolas Otamendi nodded in Bernardo Silva’s dinked cross after 20 minutes and fellow Argentine Aguero added the second in the 38th, turning home Kyle Walker’s cross with a cushioned volley for City, who won the trophy in 2018 and 2019.

Aguero struck again in the 56th with the softest of touches after Riyad Mahrez’s 30-metre shot hit a defender and looped into his path. City goalkeeper Claudio Bravo made his first save in the 65th minute, tipping away Sofiane Boufal’s curling effort, and the Saints even managed a goal from a Jack Stevens header with 15 minutes left. The visitors’ display was enough to earn them applause from their fans at the end.

Everton slightly relieved the pressure on manager Marco Silva with a 2-0 home win over Watford in the night’s other all-Premier League clash. The hosts hit the woodwork twice before Mason Holgate headed in a Theo Walcott cross in the 72nd minute and Richarlison broke clear to scored the second in the last minute. Leicester also made nine changes and raced to a 2-0 lead in 20 minutes at third-tier Burton Albion with goals from Kelechi Iheanacho and Youri Tielemans.

Liam Boyce pulled one back early in the second half but James Maddison restored Leicester’s two goal-lead in the 89th. Colchester United came from behind to win 3-1 at Crawley Town in an all-fourth-tier match while Oxford United beat Sunderland on penalties after a 1-1 draw between the third-tier sides to reach the last eight for the first time since 1987.