Rassie Erasmus’s master plan to win the Rugby World Cup came to sensational fruition at the end of its 19th-week, with the 20th now needed to embark on a trophy tour when they return home next week. 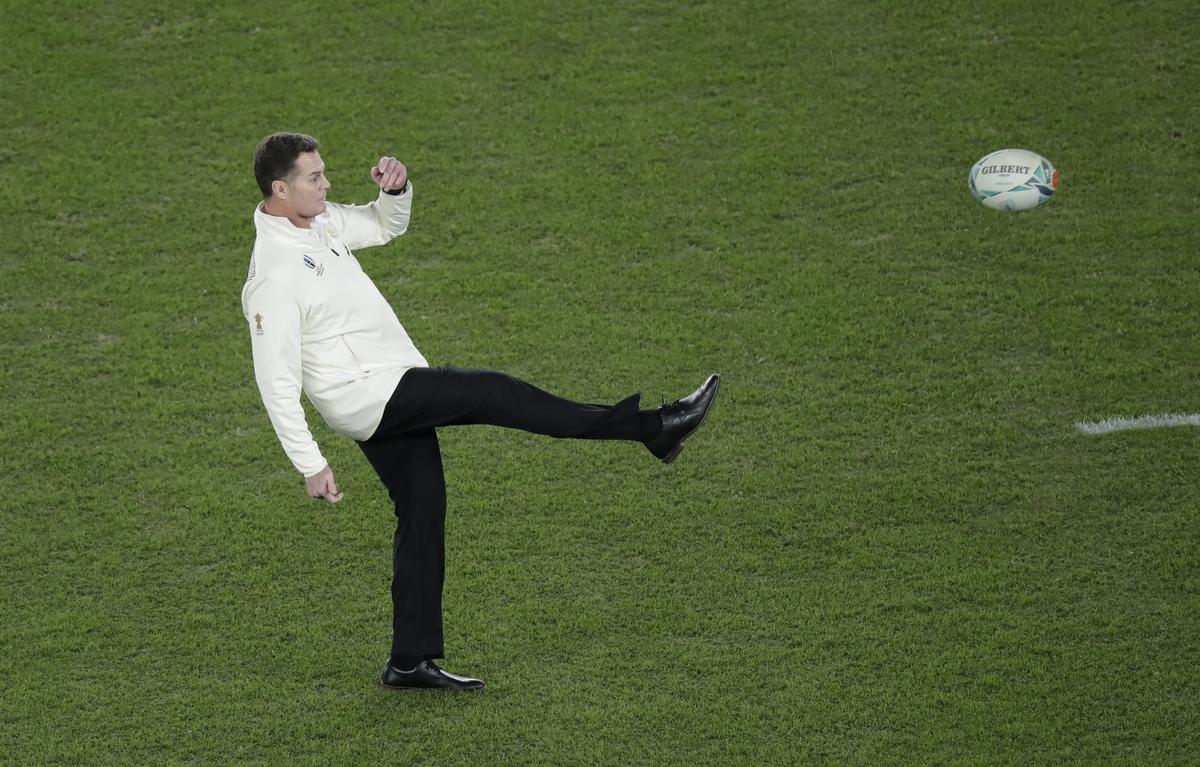 The Springboks clinched their third World Cup with a 32-12 victory over England at Yokohama Stadium on Saturday, with the his strategy to build a simple plan around their traditional strengths paying dividends. “We needed to spend 20 weeks together to build a squad because we were so far behind everyone else,” Erasmus said, pointing to a poor run of results after the 2015 tournament that included a 57-0 thrashing by the All Blacks in 2017.

“We know luck was involved and a lot of people said we would not make it but South Africans never give up.” South Africa played to their strengths during the World Cup, with Erasmus stating that based on statistics and the way the game was being refereed, it was their best chance of success. In tight games, the ball rarely moved past inside backs Faf de Klerk and Handre Pollard, which resulted in an attacking kicking strategy that put pressure on the receivers.

The tactic got them into the final, where they unleashed a far more rounded game they always had in their armoury, despite the South African camp maintaining they would play “traditional” Springboks rugby. Erasmus’ meticulous planning also involved using tests from the time he took over from Allister Coetzee in February 2018 to trial combinations and put the players into situations they expected to face in Japan.

Their match against New Zealand in Wellington last year, for example, was geared towards the same buildup and environment they might have expected to face in the quarter-finals. Erasmus, however, admitted if his side had not beaten the All Blacks last September he would have quit. While he engineered the Springboks victory behind smart tactics, including the use of six forwards on his bench and who were known as the “Bomb Squad”, Erasmus recognised the Springboks must now capitalise on their momentum.

Consistency of results would be the target for the next coach added the 47-year-old, who is now returning to his director of rugby role with the national body, as the Springboks look to host the British and Irish Lions in 2021. “What we are trying to do is try and be consistent,” he said. “What Eddie (Jones) did with England winning 23 out of 24 games and Warren (Gatland) did with Wales, we want to be that consistent.

“Yes we have the World Cup here but if we lose the first test next year people will forget about that. “It is now about 614 days to the British and Irish Lions tour. We will start planning now (to) get that right.”