A “comprehensive” police operation is in place to prevent any violence or untoward incidents when Manchester City travel to Liverpool for Sunday’s top-of-the-table Premier League clash, Merseyside Police said on Friday. 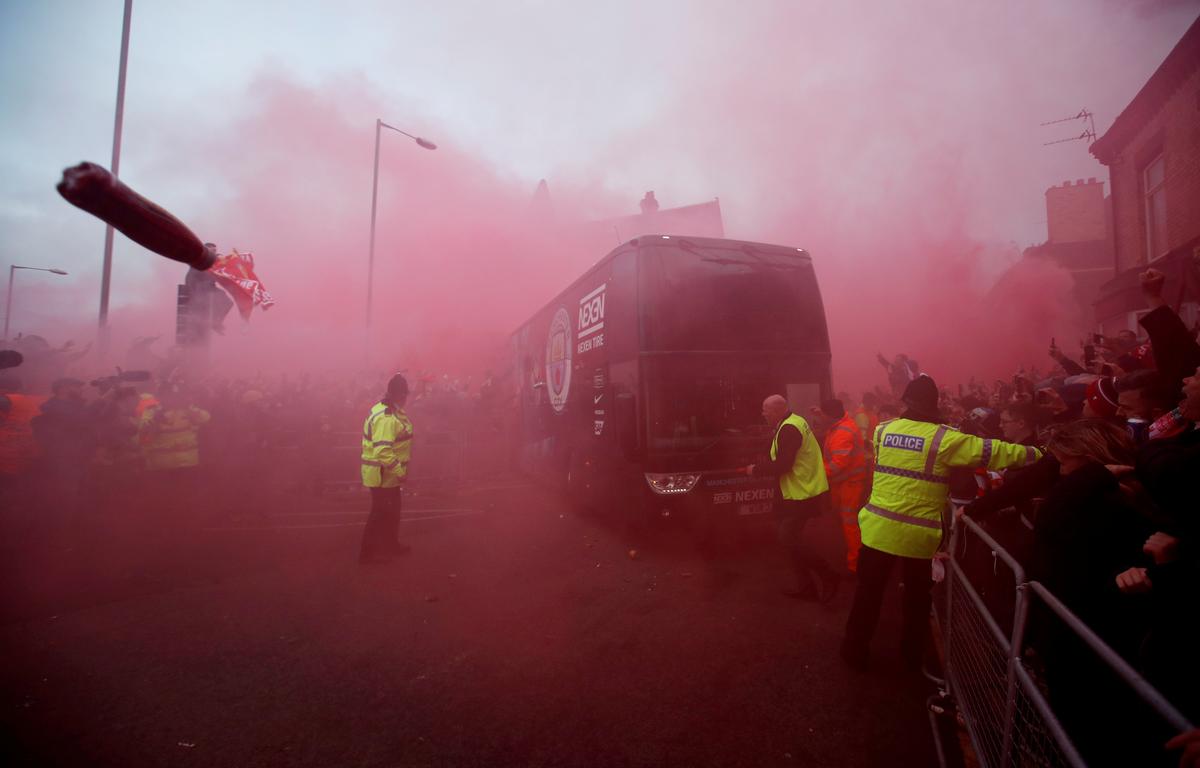 British media reported that concerns for the team’s safety were raised by City after a viral social media post encouraged Liverpool fans to line the road to Anfield and greet the team bus with “pyro, pints and flags”. City’s team bus was damaged in similar circumstances in April 2018 when they arrived at Anfield for a Champions League quarter-final match, with supporters lighting red flares and throwing objects such as bottles and cans at the windows.

Two police officers were injured in the incident and Liverpool, who apologised “unreservedly” to City, were charged and fined 20,000 euros ($22,036) by European soccer governing body UEFA. “As with any match, a comprehensive and appropriate policing operation has been put in place ahead of Sunday’s game and we have liaised with both clubs and their supporter groups,” Merseyside police superintendent Paul White said in a statement here.

“We’re aware of one poster on social media regarding a bus welcome. The corresponding last fixture ran smoothly and we are working to ensure this game can be enjoyed safely by all as well as minimising any disruption to local residents and roads.” Liverpool manager Juergen Klopp said it was everyone’s responsibility to ensure that it does not happen again. “It’s senseless and if someone at Man City is concerned, it’s our fault,” Klopp told reporters. “It was one of us and we’re all responsible and we all have to make sure this doesn’t happen again.

“We have never had a similar situation since, which is positive, and it’s an important part of coming to Anfield but you can’t overstep the line.”

City manager Pep Guardiola said the police were aware the last time their bus was attacked and hoped there would not be a repeat. “The police knew it for the Champions League game and didn’t do anything,” he said. “Hopefully it will be an incredible game and the same that happened two seasons ago won’t happen.” Liverpool lead City by six points at the top of the Premier League and have yet to be defeated this season.