Novak Djokovic ruthlessly took Matteo Berrettini apart at the ATP Finals on Sunday as he began his quest to reclaim the number one ranking by winning his opening group match 6-2 6-1. 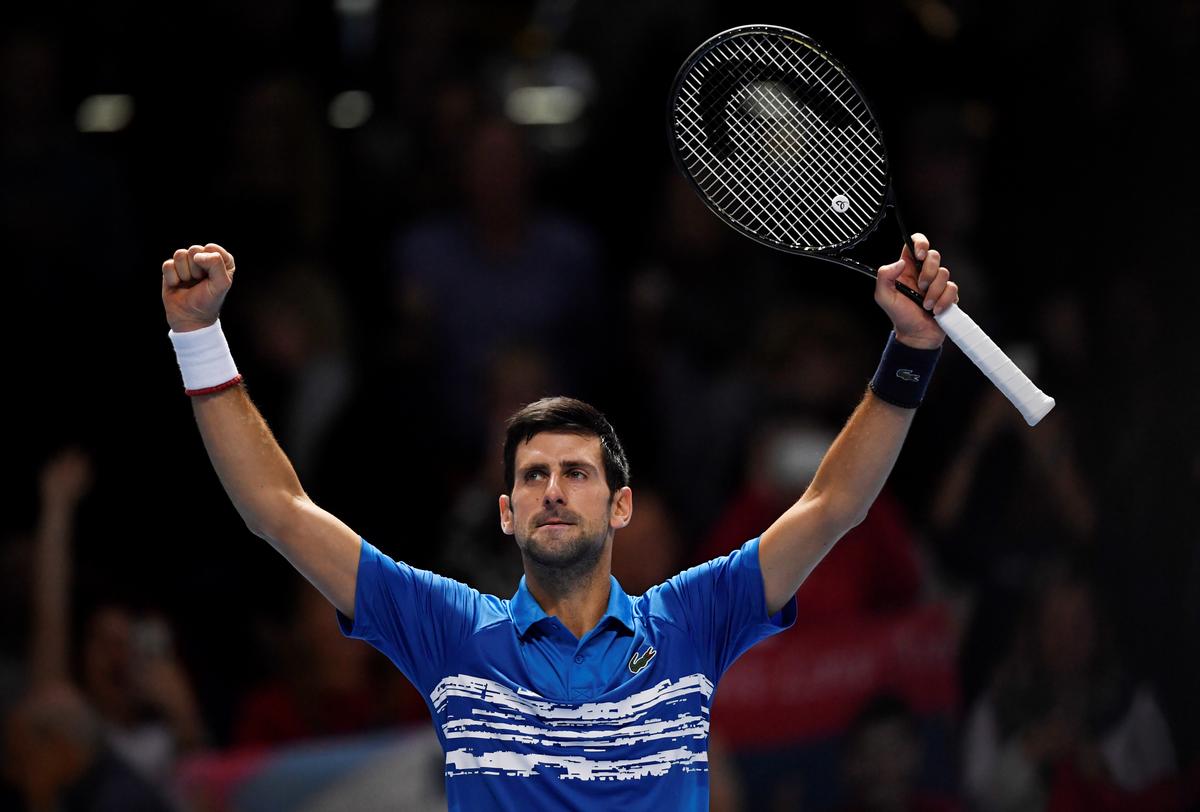 Roger Federer already faces an uphill task to win the title for the first time since 2011, however, after being outplayed by inspired Austrian Dominic Thiem, losing 7-5 7-5.

Thiem had never won his opening group match in his three previous appearances but took full advantage of a unusually sluggish Federer to make a flying start.

While six-time champion Federer will fancy his chances of steadying the ship against Berrettini on Tuesday, he will likely need to beat Djokovic on Thursday to reach the semi-finals.

Only once in 16 previous appearances has Federer not survived the group stage, back in 2008.

Berrettini, the first Italian to play in the season-ending showpiece since 1978, was given a harsh lesson by 16-time Grand Slam champion Djokovic at the O2 Arena.

The 32-year-old Djokovic began the match 640 points behind Rafael Nadal in the race to end the year on top of the rankings, but victory chipped that advantage down to 440.

Djokovic must at least win two group matches and reach the final to have any chance of matching Pete Sampras’s record of ending six separate years as world number one.

Spaniard Nadal, who has concerns over an abdominal injury sustained at the Paris Masters, plays his first group match on Monday against defending champion Alexander Zverev.

As an opening singles match in a tournament featuring the world’s best eight players, it was a disappointing spectacle as the 23-year-old Berrettini succumbed all too easily.

The first four games were shared but once Djokovic got into his metronomic groove he looked untouchable and the errors began to flow off his opponent’s racket.

Berrettini snatched at a forehand at 2-3 to gift Djokovic the break and in no time at all he was a set and 4-0 down.

Djokovic had a momentary lapse to drop serve but was in no mood to hang around as he racked up his 36th win at the event.

He did have some sympathy for his opponent though.

“I remember when I played for the first time in the ATP Tour Finals in 2007, I lost all three matches in the group,” he said.

“I was tense. It’s a lot of pressure mentally, that you have to deliver your best, where for us guys that have been playing on the top level for many years, we have the experience.”

The evening match was much more entertaining as Thiem, runner-up at the French Open to Nadal in June for a second successive year, took his career record over Federer to 5-2.

He broke serve in the opening game and although Federer hit back impressively Thiem was the more aggressive player throughout, using his forehand to keep Federer on the back foot.

Federer buckled under pressure at 5-5 in the opener and Thiem confidently held in the next game.

It felt like Federer was just hanging on in the second but he offered up three break points at 5-5 with a volley error.

Serving for the match, Thiem missed one match point and had to save a break point as Federer dug in but he made no mistake at the second time of asking, pummelling away a forehand to seal a third win over Federer this year.