Denmark were pushed to the limit but got the point they needed to seal a place at Euro 2020 as Group D runners-up with a hard-fought 1-1 draw in Ireland on Monday that consigned the hosts to the playoffs for the third successive tournament. 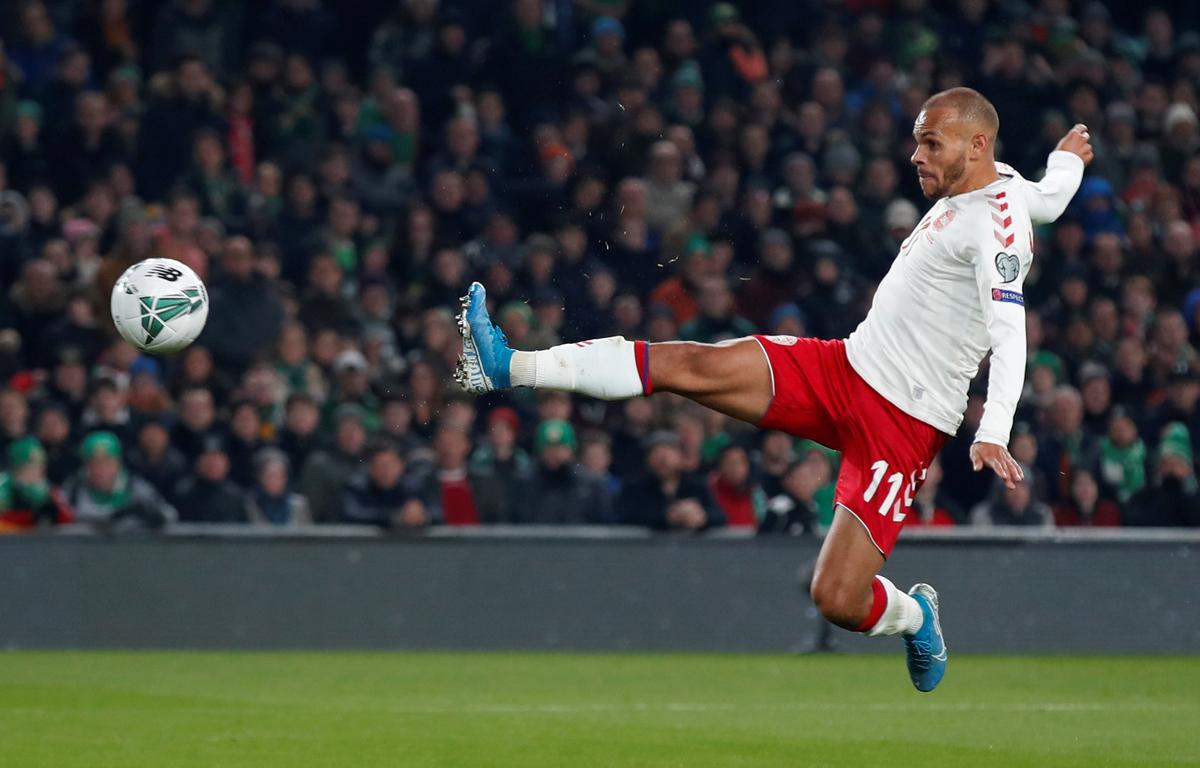 A 73rd minute Martin Braithwaite goal set the 1992 European champions on their way to celebrating qualification in Dublin for the second tournament in a row after a 5-1 win almost two years ago to the day had sent them to last year’s World Cup. But they had to survive a late onslaught when Ireland, the better side throughout, scored only their seventh goal in eight qualifiers when Matt Doherty headed home after 85 minutes though they could not get the win they needed to qualify automatically. “We were terrible, we just couldn’t get going… But I don’t really care right now,” Denmark goalkeeper Kasper Schmeichel said after celebrating with the fans they will play in front of next year as Copenhagen, like Dublin, is among the host cities.

“It means the world because we’re a very small nation and the chance of us playing home games in a major tournament are so small. To be able to give our fans that kind of experience is amazing, it’s unique,” he added on Sky Sports. While no other team in contention across the 10 groups had hit the net as infrequently, Ireland possessed one of the best defensive records, so chances were unsurprisingly few and far between in the first half. It took 34 minutes for a shot on target and when the ball fell fortuitously to an open Conor Hourihane on the edge of the Denmark box, the Aston Villa midfielder should have done better than stroke the ball straight at Schmeichel.

Denmark, who lost midfielder Thomas Delaney and striker Andreas Cornelius to injuries in the first 30 minutes, were a shadow of the side that ran riot in Dublin two years earlier but their opponents were far more disciplined this time. Having drawn four of the other five meetings with Ireland in the last two years, the unbeaten Danes appeared happy to settle for another stalemate until Braithwaite ghosted in behind Doherty to nudge his side into the lead against the run of play. The otherwise impressive Doherty’s first international goal set up a grandstand finish but that was all the home side could muster as the Danes finished three points ahead of the Irish in second place to join group winners Switzerland in the finals.

The Swiss beat Gibraltar 6-1 to clinch top spot by a point.

Ireland must wait until the playoffs in March to see if they can follow suit via a route they have successfully navigated in the last two European Championships. “I said before the game if the players give me everything and leave it on the pitch, I’ve got to take what happens and I think they left everything and a bit more to be quite honest,” Ireland manager Mick McCarthy told Irish broadcaster RTE. “I’ve just said to the lads, play like that (in the playoff) and we’ll win it.”