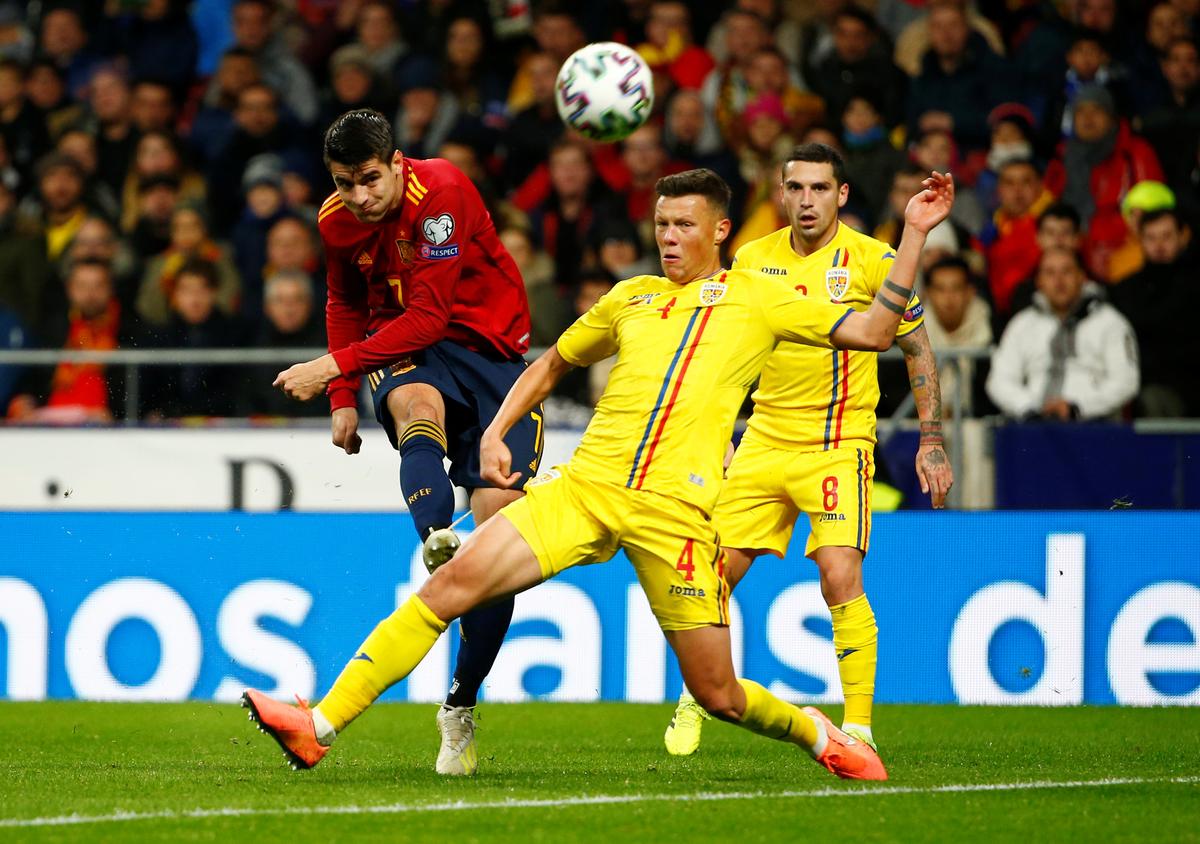 Fabian Ruiz put Spain in front after eight minutes while forward Gerard Moreno struck twice and then forced an own goal from Romania’s Adrian Rus before the break, with Mikel Oyarzabal hitting the fifth in second-half stoppage time. Moreno’s position was called into question before kick off as several media reports said he would not take charge of the side at next year’s European Championship. Reports suggested Luis Enrique could make a shock return, having left the role in June after his daughter Xana was diagnosed with cancer and tragically passed away in September.

Moreno, Luis Enrique’s long-time assistant coach who succeeded him in June, did not give the usual post-match news conference or speak to any media, while players were unable to confirm whether or not he was going to continue in the role. “In the end we can’t do anything, we just have to focus on training and doing as best as we can. We support the coach and his staff,” said double scorer Moreno. Midfielder Saul Niguez added: “We don’t know anything, I can’t speculate. Robert’s work has been reflected on the pitch and we’re all happy with him.” Romania coach Cosmin Contra confirmed after the game that he would leave his role when his contract expires in December.

Spain had sealed their place at the finals a month ago and clinched top spot in Group F with a 7-0 win at home to Malta on Friday but they still made a flying start and took the lead when midfielder Fabian Ruiz volleyed home in the eighth minute. Romania had no chance of qualifying from the group but were already assured of a playoff place via the UEFA Nations League. They spurned a clear chance to level when George Puscas won the ball back in Spain’s area but he was thwarted by keeper Kepa Arrizabalaga and his side were punished when Gerard Moreno glanced a header into the net to double the hosts’ lead.

Forward Moreno put Spain further ahead in the 43rd and sparked the fourth goal when his attempted cross was diverted into the net by Romania defender Adrian Rus for an own goal. His side appeared to relax after the break although Alvaro Morata hit the woodwork and substitute Mikel Oyarzabal added a fifth goal in stoppage time with a superb low strike from outside the area. Unbeaten Spain ended the campaign with 26 points from 10 games, five points ahead of Sweden who also qualified for next year’s tournament. Romania finished fourth with 14.