Georginio Wijnaldum struck a hat-trick as the Netherlands, who had already booked a spot at Euro 2020, eased to a 5-0 victory over Estonia 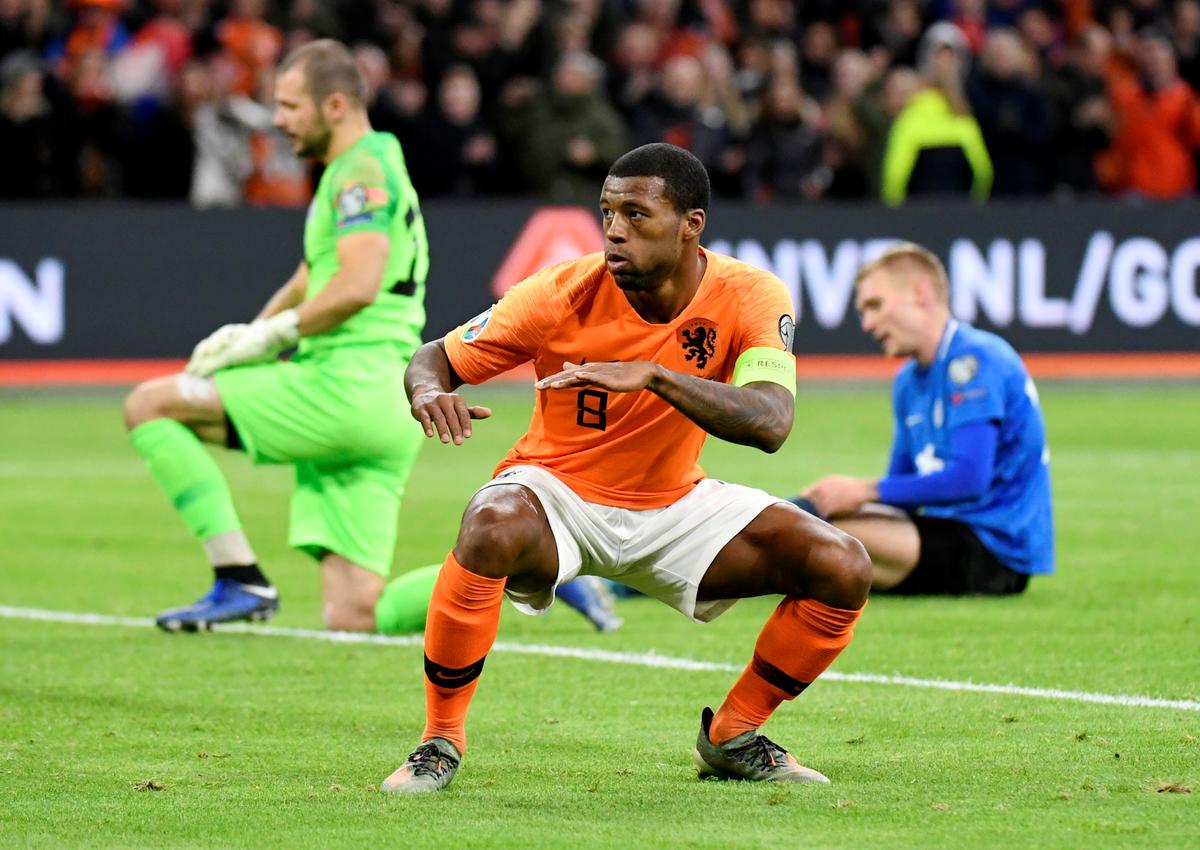 The home side were in complete control of the contest from early on, with defender Nathan Ake and 18-year-old debutant Myron Boadu also among the goals, as they finished second in the standings with 19 points from eight games, two behind group winners Germany. Netherlands coach Ronald Koeman said before the game that he would experiment with team selection and stuck to his word, with livewire Quincy Promes converted to right back, and AZ Alkmaar forward Calvin Stengs, 20, handed a debut from the start.

It took the home side just six minutes to hit the front, as Promes was afforded far too much space on the right and his delivery was headed back across goal and into the net by Wijnaldum, who netted eight times in his seven matches in the qualifiers. Netherlands dominated possession and launched wave after wave of attacks. They were rewarded for their endeavour with a second goal as Ake headed in a cross from Memphis Depay.

Some of the fizz went out of the Dutch play after that as Estonia created a few half-chances of their own and the score remained 2-0 at halftime. There was little to enthuse over in the opening 20 minutes of the second period but the Netherlands got their third when Stengs robbed the ball off Estonia defender Karol Mets and set up Wijnaldum for his second. Captain for the night, Wijnaldum then collected a pass from Stengs to complete his hat-trick, before AZ forward Boadu came off the bench to net the fifth.