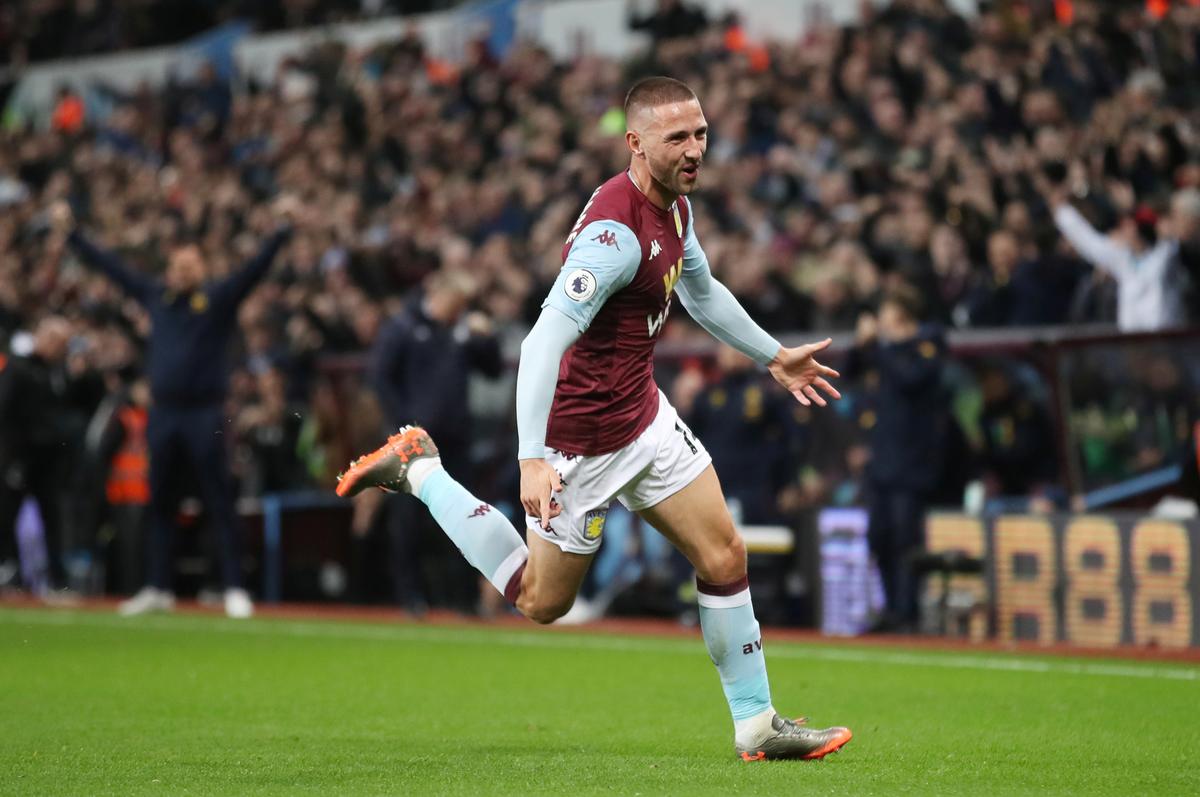 Aston Villa brushed aside recent poor results to beat Newcastle United 2-0 at home on Monday and create some breathing space above the Premier League drop zone as Conor Hourihane scored and set up another goal with a couple of clever free kicks. Ireland midfielder Hourihane put Villa ahead in the 32nd minute, tapping a dead ball to Jack Grealish and then unleashing a thumping shot which flummoxed goalkeeper Martin Dubravka. Villa soon earned another dangerous set piece and Hourihane again assumed responsibility, firing the ball into the heart of the penalty area where Anwar El Ghazi arrived to knock the ball into the roof of the net from close range in the 36th.

El Ghazi stuck the ball into the net again later in a dominant display from the hosts but his effort was ruled offside, while Villa should have extended their lead after the interval as Jack Grealish and John McGinn both came close. Newcastle’s only chance in an unambitious 45 minutes was a Federico Fernandez header which was well saved by Tom Heaton. The Villa keeper was forced to make a couple of more saves as Newcastle showed a little more imagination after the interval but they rarely looked like getting back into the game. The win snapped a three-game losing league run for Villa and took them up two places to 15th on 14 points from 13 games, four clear of the relegation zone. Newcastle are 14th on 15.

“It was important to get a good result because they haven’t been great in the past few games,” Hourihane told reporters.

“The squad doesn’t have much Premier League experience so we all have a point to prove.” Newcastle coach Steve Bruce spent two years in charge of Villa and came close to leading them to promotion in the 2018 Championship playoff final but they were beaten by Fulham. He had a sour end to his spell, though, and in his final game at home to Preston North End a cabbage was thrown at him by a fan, an incident he has called one of the lowest points of his long coaching career. No missiles were aimed at Bruce this time but he was not happy with how his players approached the game.

“In the first half we didn’t do enough with or without the ball. We were harshly done by conceding the free kicks but they were well executed and that made it very hard for us,” he said. “Within a few minutes the game’s gone. Overall it was a difficult evening for us.”