Hours after being hired as Leicester manager, Brendan Rodgers was walking around the locker room at King Power Stadium and introducing himself to his new players when he reached Jamie Vardy. 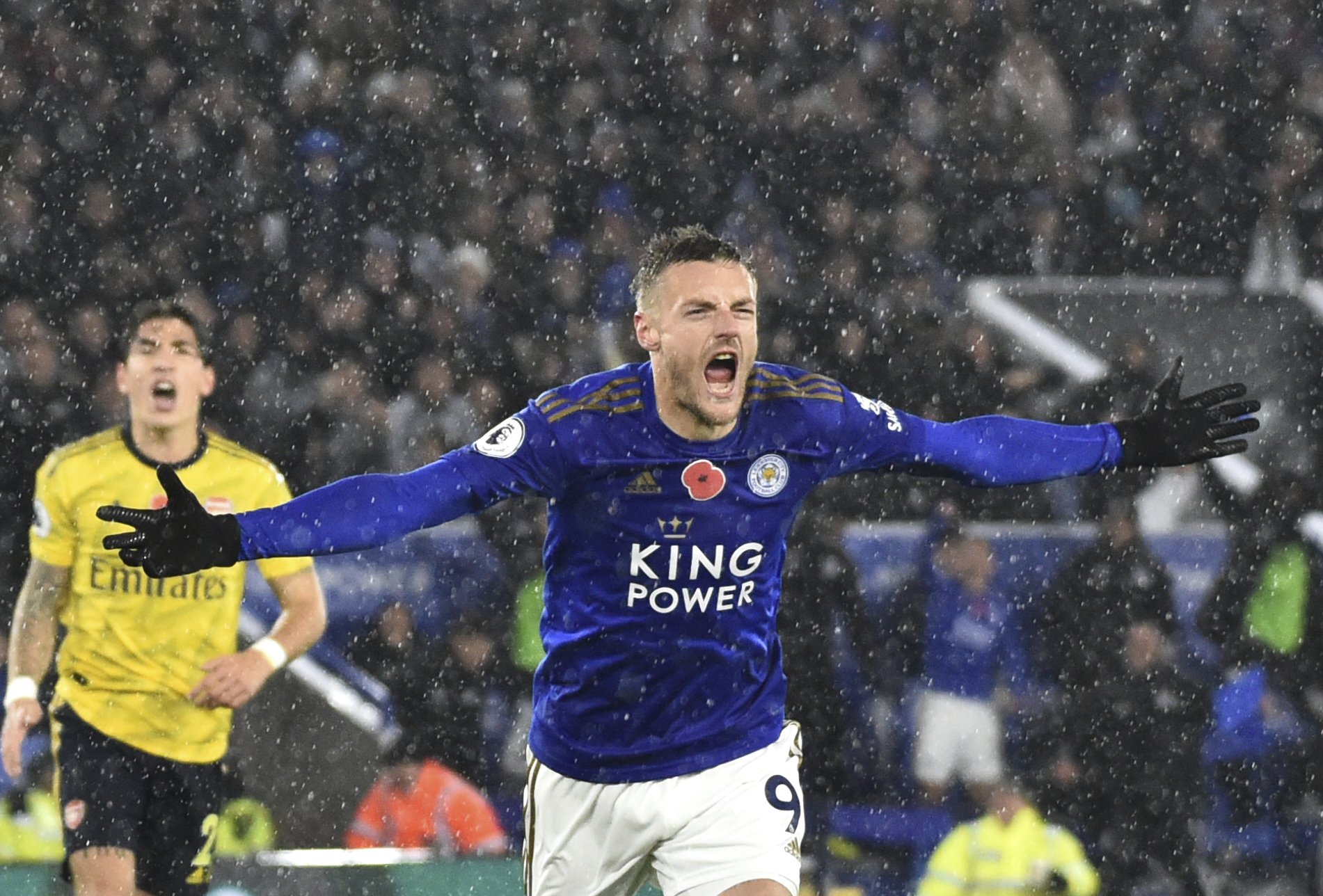 “I shook his hand,” Rodgers recalled of his first meeting with the squad’s most high-profile player, “and said to him, ‘I’m glad you’re here.’” Nine months later, Vardy likely will have the same sentiments about his coach. The late-blooming striker, who started out playing on muddy fields in the non-leagues and became one of English soccer’s most clinical goal-scorers, is in his most prolific form since netting in a record 11 straight games from August to November in 2015 during Leicester’s improbable run to the Premier League title that season.

Vardy has scored in four straight games — finding the net six times in that streak — to rise to the top of the league’s scoring charts, with 11 in 12 matches. Since Rodgers took charge of Leicester in late February, Vardy has 21 goals in 23 league appearances — more than any other player in that period. He is scoring against the big teams and the weaker teams. Tap-ins, 30-meter lobs. Left foot, right foot. Hat tricks, doubles. He is riling opposition fans with his goal celebrations, be it the ear-cupping gesture at Sheffield United — the team he despises most because of his affinity to its neighbor, Sheffield Wednesday — or prancing like a bird at Crystal Palace, a team nicknamed the “Eagles.”

Vardy is being utterly ruthless, too. His 11 goals have come from 25 attempts, for a conversion rate of 44%. Often he is quiet in games, before bursting into life with a darting run behind a defense or some great movement in the penalty box that leads to a goal. “He’s just right up my street,” Rodgers has said of Vardy, “in terms of devilment and running and hunger to score.” There is more to this Vardy, though, than the 2015-16 version who opposition defenders knew little about until they were embarrassed by him. Now in his sixth season in England’s top flight, this is a more experienced, streetwise, calculated Vardy, one who has more to his game and offers more to his teammates.

The Vardy of four seasons ago thrived on balls over the top, using his pace to pounce on long passes and outsprint defenders as he homed in on goal. Think of the countless times Danny Drinkwater, Leicester’s central midfielder in that title-winning season, picked up the ball soon after the team’s opponents lost possession and almost immediately pinged a long pass to Vardy. Vardy still has that in him. Two of his first three goals this season — against Sheffield United away and Bournemouth at home — came via that route, with playmaker James Maddison and left back Ben Chilwell providing the searching passes from deep.

But then look at the movement of the 32-year-old striker for one of his most recent goals, against Palace. At the end of a flowing team move, Vardy met a square ball across the face of the area from Youri Tielemens with a lay-off to Demarai Gray before having the presence of mind to hold back for a cut-back from the winger from the byline. Vardy swept the ball home left-footed for the clinching second goal in a 2-0 win and gleefully celebrated in front of Palace’s fans. It was the goal of a player at the top of his game — “one of the top strikers in Europe,” according to Rodgers. A player who used to be a scourge of the bigger teams, who left space in behind and didn’t defend deep against Leicester, but is now equally prolific against rivals who sit back.

It is Rodgers who is bringing out the best in Vardy once again, making him the focal point of Leicester’s attacks and not just one of the cogs in the machine. Vardy never warmed to Rodgers’ predecessor, Claude Puel, whose possession-based style didn’t suit a striker with his skillset. The intensity was too low under Puel, in training and in matches. Everything has changed under Rodgers, and the results — both the team’s and Vardy’s — are there for all to see. With Vardy relentless in front of goal, Leicester is second in the standings and the nearest challenger to Liverpool heading into the resumption of the Premier League this weekend following the latest break for internationals.

Vardy will be looking to score in a fifth straight league game, a feat he hasn’t achieved since 2015, when Leicester visits Brighton on Saturday. It is a run that started days after his wife, Rebekah, was involved in a high-profile Twitter spat with Wayne Rooney’s wife, Coleen, over information allegedly given to a tabloid newspaper. Crucially, Vardy will be fresh for Leicester, now he is no longer involved with England having opted to stand down from international duty after the 2018 World Cup to prolong his club career.

Fit, fresh and firing, Vardy is proving to be a nightmare for Premier League defenses once again.