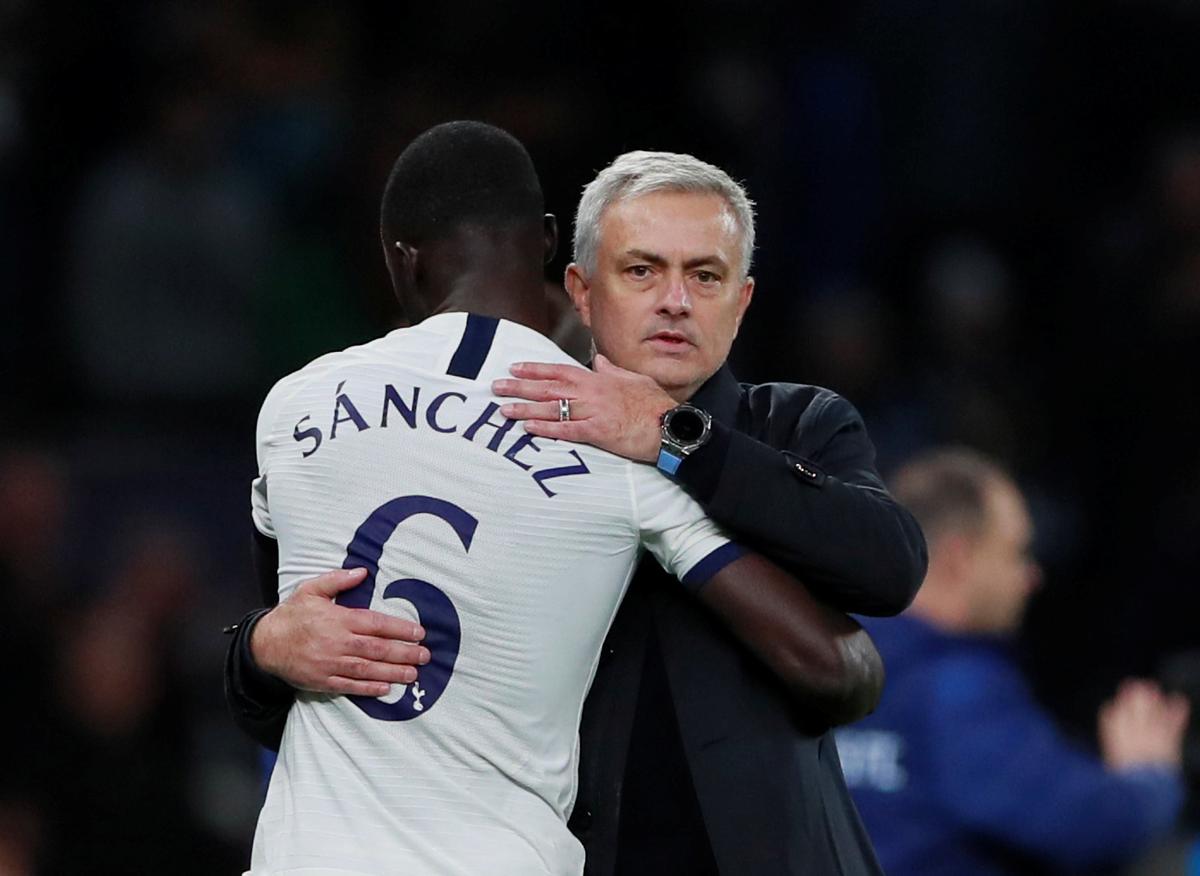 The unexpected arrival of the celebrated Portuguese former Chelsea boss after Mauricio Pochettino, who took Spurs to last season’s Champions League final, has caused much head-scratching amongst the Spurs faithful. A 3-2 Premier League win at West Ham United on Saturday won over some of the sceptics but when goals by Youssef El Arabi and Ruben Sabedo put Olympiakos, bottom of Group B, 2-0 up inside 20 minutes, Spurs fans were stunned into silence. Mourinho’s first decisive act, sending on playmaker Christian Eriksen for defensive midfielder Eric Dier after 29 minutes, changed the flow and Dele Alli’s tap-in on the stroke of halftime proved crucial.

Tottenham looked a different side after the break and Kane struck twice, either side of Serge Aurier’s thumping effort, to take his Champions League tally to 20 in a record 24 games — beating the 26 it took Alessandro Del Piero to reach the mark. Victory meant Tottenham are guaranteed to finish runners-up in the group to Bayern Munich who they face in a fortnight. Mourinho, who won the competition with Porto and Inter Milan, shook hands with each of his players and applauded the fans who applauded back, if not singing his name.

“It was a disappointing start, we know we didn’t come out with any energy,” Kane said. “They got the early goal and then got the second and it was uphill from there. “The goal just before halftime changed the momentum. We knew we couldn’t play any worse than we did in the first half.” There was no fanfare for Mourinho as he took his place in the technical area before kickoff. But the challenge he faces at Tottenham immediately became apparent as they began in the sloppy fashion that has been a hallmark of their season so far. Olympiakos were far more lively and took the lead in the fifth minute when Danny Rose’s attempted clearance was gathered by El Arabi and the Moroccan cut in from the right before fizzing a low drive from 25 metres past Paulo Gazzaniga.

The hosts responded with Son Heung-min’s glancing header producing a fine save from Jose Sa. However, Olympiakos continued to cause trouble in the Spurs defence. The hosts needed a last-ditch tackle by Davinson Sanchez to deny Daniel Podence after he broke clear. But it got worse for Spurs in the 19th minute when Portuguese centre back Sabedo poked home from a corner. Mourinho shrugged his shoulders at his assistants and soon hauled off Dier, although there were other candidates, such was the hosts’ lacklustre start. Had Olympiakos, roared on by a huge and noisy following, reached halftime ahead it would have been tough for Spurs, but when Yassine Meriah swung and missed at a clearance Alli had the simplest task to reduce the deficit.

Five minutes after halftime, Tottenham were level. A quick throw-in by Aurier released Lucas Moura and he cut the ball back for Kane to fire home. Suddenly Spurs were rampant and they went ahead in the 73rd minute when Aurier connected sweetly to thrash home a right-footed volley from an angle. Kane sealed the points five minutes later when he headed in Eriksen’s dangerous delivery — his 23rd goal in 23 games in all competitions for club and country this season.