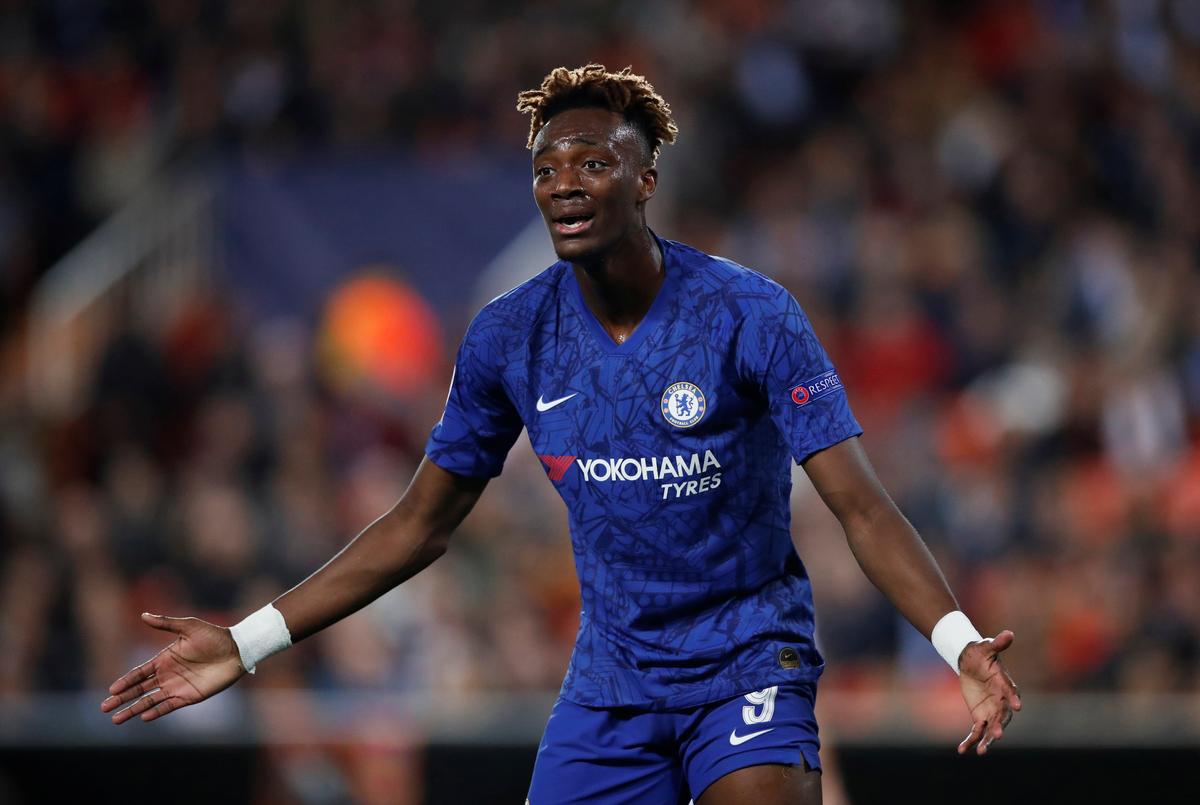 The 22-year-old, who is Chelsea’s top scorer this season with 11 goals in all competitions, went for a header but landed awkwardly on Valencia defender Ezequiel Garay’s knee and was carried off on a stretcher before halftime. Chelsea manager Frank Lampard said the England international had taken a knock and Abraham later confirmed the problem was not as severe as he initially feared. “It’s much better than when it happened. At the time I was fearful of the worst obviously, but I got in and was able to walk again, move about,” Abraham told Chelsea TV.

“I’m thankful, hopefully it’s not too long. I’ll have a scan to see what the news is but hopefully it’s just a bruise. It was a knee near my hip area, hopefully it’s nothing too serious.” Valencia had taken the lead through Carlos Soler but Mateo Kovacic and Christian Pulisic dragged Chelsea back into the game before Daniel Wass earned the hosts a draw with a freak goal. Chelsea are level on eight points with Valencia in Group H but sit third below the Spanish team, who have a better head-to-head record. Ajax Amsterdam are on top with 10 points. Lampard’s side can reach the last 16 with a win over French side Lille in their final group game.

“I’m happy to a degree. We came here to win a match but we obviously respect the opponent, the stadium and the Champions League,” Lampard added. “It was a really tough match but the draw keeps things in our hands for the last game against Lille. There were positives and negatives from the game but that’s a big positive.”