Liverpool did not expect a “holiday game against Salzburg”, says boss Jurgen Klopp – but how tough has the Reds’ December become? 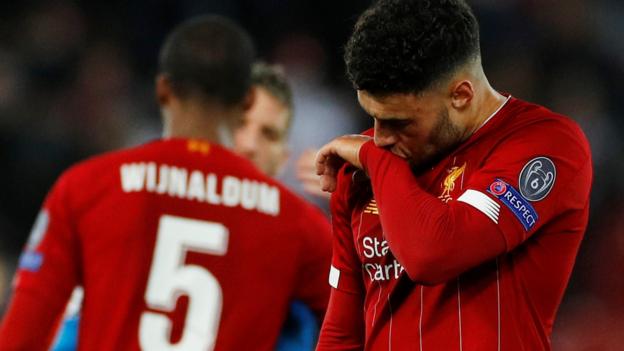 With nine games in December, Liverpool boss Jurgen Klopp could certainly have done with a dead rubber Champions League tie in the middle of it to give his players a bit of a breather. That would have been the case if the defending champions had beaten Napoli on Wednesday but a below-par performance saw them have to settle for a 1-1 draw at Anfield, and the prospect of going to Salzburg on 10 December needing a result to guarantee their progression to the last 16. Saturday’s home game against Brighton is the first of 10 in just 30 days for the Reds but Klopp does not believe his side were ever going to have the luxury of being able to drop their intensity during that hectic run of fixtures.

“I am four years in, tell me when it was easy,” he said after Wednesday’s game.

“I know how human beings are, people wished we could finish the group tonight and have a holiday game against Salzburg but it never happens, it will never happen. There is no doubt the Red Bull Salzburg game is now a massive fixture if Liverpool are to retain hope of defending their title in Europe. A draw will guarantee their progression but that will be easier said than done against a Salzburg side that came back from 3-0 down to level 3-3 at Anfield earlier this season, before Mohamed Salah’s strike got the Reds over the line. Salzburg have won eight of their 10 home games this season – scoring five goals or more in seven of those games.

It is a daunting prospect, although their recent form will give Liverpool hope with Napoli winning 3-2 there in October while their last home game ended in a 2-2 draw with St Polten. “If we have ambitions in the Champions League we have to show it in Salzburg,” Klopp said. “Until then we have to show our ambitions in the Premier League.” Liverpool can still go through with a defeat in that game, but would be reliant on Napoli losing at home to Genk, who only have one point from five games. The next few weeks are arguably the biggest in Liverpool’s season. They could easily come out of December as Club World Cup champions, in the Champions League last 16 and with their healthy Premier League advantage – currently eight points – intact.

Or, should fatigue and injuries take their toll, they could be out of the Champions League and the league advantage could be a little less comfortable. “This period’s massive and it defines everything about Liverpool’s season,” said former Manchester United midfielder Darren Fletcher, who was BBC Radio 5 Live co-commentator at Anfield on Wednesday. “They’ve put themselves in an unbelievable position in the league, we know how good they are in the Champions League and they want to win the Club World Cup. “If Liverpool don’t manage their players well they could find themselves dropping points, picking up injuries.”

More concerning for Klopp than Liverpool’s failure to get a win and sew up Group E on Wednesday was the injury to Fabinho. The influential midfielder limped off early in the first half and the Reds never got a foothold on the game in midfield following his departure. Asked about the severity of Fabinho’s injury, Klopp said: “I don’t know, he has pain and that is not good. He couldn’t continue. “I don’t want to say what I expect because I hope it is not that serious.”

Former Liverpool defender and BBC pundit Mark Lawrenson said an extended absence for Fabinho over this coming period could be a big blow for the Reds.”I think Fabinho’s probably the only irreplaceable midfield player they’ve got,” he said. “He does a bit of everything and people say, ‘well, [Jordan] Henderson can do that’, but he can’t do it as well as Fabinho. Fabinho is arguably one of the best players this season, for Liverpool certainly. It will be a struggle to replace him.”