Canadian Nicholas Latifi will replace Robert Kubica in the Williams driver line-up for 2020. 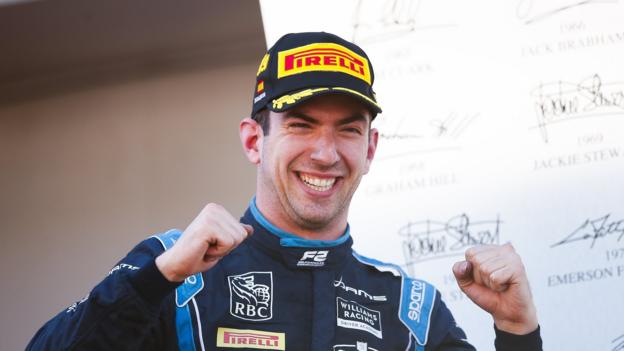 Kubica’s departure was announced in September and Latifi, 24, will partner Briton George Russell next year. Latifi has spent this season as the team’s reserve driver and has taken part in a number of practice sessions. “We look forward to him stepping up into this new role, as we look to fight our way back to the midfield,” said Claire Williams, deputy team principal. Latifi finished second in this year’s Formula 2 championship.

Williams’ announcement means the full driver line-up for the 2020 season is now complete.