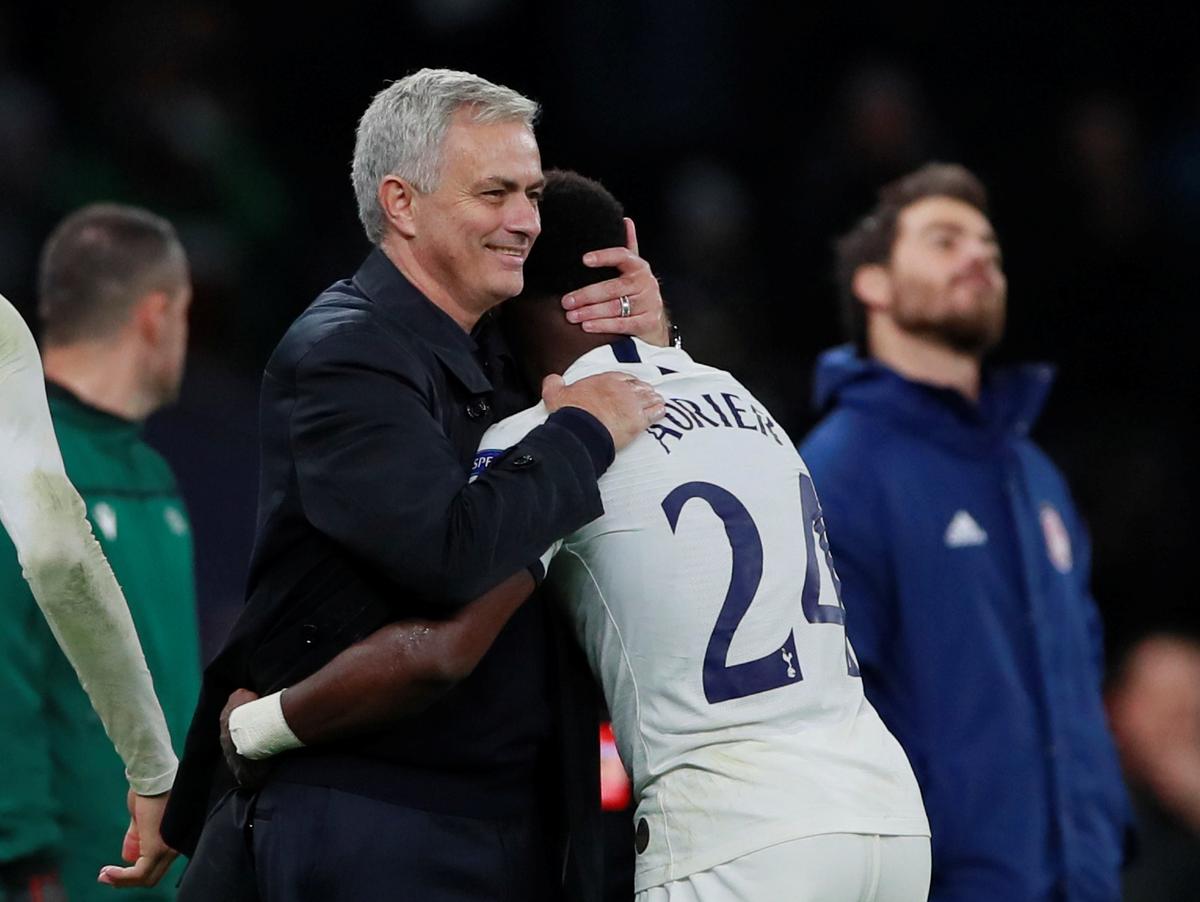 Asked if he might have been interested in the job at the Emirates had the vacancy occurred two weeks earlier, the Portuguese made clear there was no point in pursuing that line of questioning.

“It didn’t happen, happened now. I am so happy here that I couldn’t even think about the possibility to go to another place,” he told reporters ahead of Spurs’ home Premier League game against Bournemouth on Saturday. “You can put now in front of me any club in the world and I would not move.” British media suggested Arsenal were interested in Mourinho before Tottenham sacked Mauricio Pochettino and signed a man who is now, nine days later, the longest-serving Premier League manager in north London.

The Daily Mail reported that Arsenal’s head of football Raul Sanllehi had already lined up a deal for the Portuguese. Mourinho said the sacking of any manager was sad news, something he had felt as a kid when his father was dismissed and through the ups and down of his own career, but Emery would bounce back. “There is not one single manager that is sacked that I am happy with. I always feel the deja vu situation,” said Mourinho, who was shown the door in previous jobs with Chelsea and Manchester United. “So I am sad for it, but that’s life. Unai is a fantastic coach. Not happy at Arsenal, obviously, but a fantastic coach with a proven record. With a bit of a rest, another big club will come for him and his career will be back on track.

“So no dramas mi amigo, keep going and you will get another club.” Bournemouth boss Eddie Howe has been linked to Arsenal in the past, and is again seen as a candidate for Emery’s job, and Mourinho praised the Englishman for what he has achieved on the South Coast. He also indicated the time might have come for Howe to seek a new challenge. “Eddie, now, is not just a manager that occasionally coaches in the Premier League. He is a Premier League manager by his own right,” he said.

“With all respect to Bournemouth, which is also a Premier League club in its own right, I think one day Eddie has to go into battle.”