Pierre-Emerick Aubameyang once again rescued Arsenal as his brace earned them a 2-2 draw at Norwich City in Freddie Ljungberg’s first game as caretaker manager on Sunday. 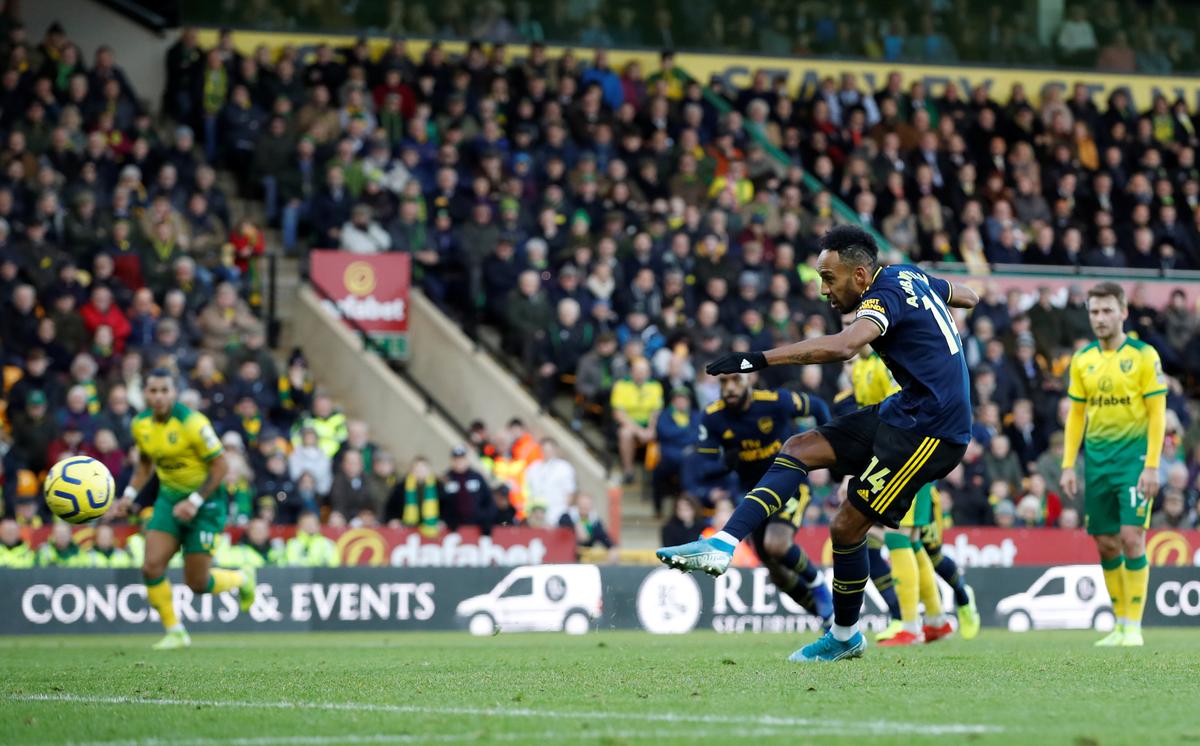 The Gabonese striker took his away league tally to six this season as he twice levelled after an impressive Norwich side led through goals by Teemu Pukki and Todd Cantwell.

The Gabonese striker took his away league tally to six this season as he twice levelled after an impressive Norwich side led through goals by Teemu Pukki and Todd Cantwell. While Arsenal showed some backbone to return to London with a point two days after Unai Emery was sacked as manager they are now without a Premier League win for six games — their longest streak within a season since 1994. They are eighth, seven points adrift of fourth-placed Chelsea, while Norwich remain second from bottom.

“I want this club to do well, it is only winning that counts,” Swede Ljungberg, a member of Arsenal’s “Invincibles” who won the title in 2003-04 without losing a game, said. “I wanted to win the game so I am disappointed but I have also seen some positive things.” Ljungberg’s starting lineup saw a return for Granit Xhaka for his first league appearance since he argued with Arsenal fans when he was substituted against Crystal Palace in October. There was also a place for German playmaker Mesut Ozil — given just his fifth start of the season.

The visitors began in sprightly fashion but their fragility was exposed after 21 minutes when Pukki was allowed far too much time to control a ball and turn before his low shot took a deflection and crept past Bernd Leno. Norwich’s lead was shortlived though as Arsenal were awarded a penalty after Christoph Zimmermann’s handball. Aubameyang’s first attempt was saved by Tim Krul but a VAR check showed the Norwich players had encroached into the area before the kick was taken and a re-take was ordered. Despite Krul doing his best to distract Aubameyang the striker calmly angled his kick into the corner.

Arsenal began to dominate but they were caught on the counter-attack in first-half stoppage time and Cantwell’s slide-rule finish had the Carrow Road faithful celebrating again. Aubameyang fired in from close range following a corner to level again in the 57th minute but it was Norwich, eyeing a second successive league victory, who looked the more likely winners with Leno making several good saves. The pick of them was when Kenny McLean burst through on goal after indecision in the Arsenal defence and his shot was turned against the post by Leno. Pukki also had a chance to win it for Norwich while at the other end Arsenal substitute Lucas Torreira almost claimed victory for the Gunners in stoppage time.

“I’m disappointed to some extent — we should have got three points,” Norwich manager Daniel Farke said. “Some of that was due to a world class Bernd Leno. “Four points from two games is quite good.”