Six-times world champion Lewis Hamilton did not deny meeting Ferrari chairman John Elkann when asked on Sunday about speculation linking the Mercedes driver with a move to the Italian team in 2021. 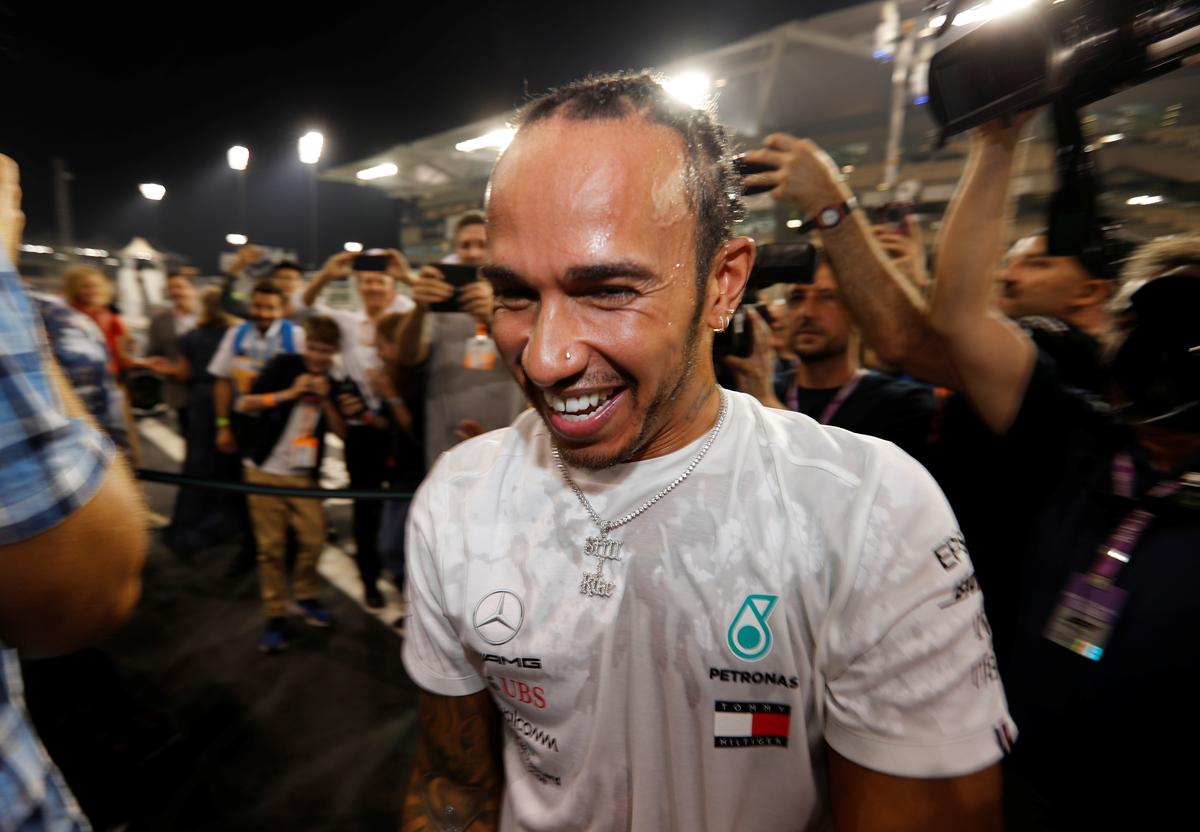 The 34-year-old Briton will be out of contract at the end of next season.

The next deal will probably be Hamilton’s last in Formula One and he has said he is considering options outside of Mercedes, where team principal Toto Wolff’s future is also up in the air. “What happens behind closed doors is always private with whoever it is you end up sitting with,” Hamilton said in response to a question about Italian media reports that he had twice met Elkann.

“For many, many years I’ve never, ever sat down and considered other options because we’ve been just driving straight ahead into the path that we’ve been on…,” added the Briton after winning the season-ending Abu Dhabi Grand Prix. “I know Toto is also looking at his options in terms of his future. So I’m waiting to see what he’s doing with that.” Hamilton joined Mercedes in 2013 as a one-time champion, replacing seven times title-holder Michael Schumacher, and with the British-based team still battling in the midfield.

He now has six titles and 84 wins, seven shy of Schumacher’s all-time record of 91, and has averaged 10 a year since 2014. He can equal the German’s record title tally next season and the lure of going beyond that in one of the Italian team’s red cars could be too great to resist. Ferrari boss Mattia Binotto, whose four-time champion driver Sebastian Vettel is out of contract at the end of 2020, praised Hamilton on Friday and said he was happy the Briton could be available.

Wolff said there was a 75% chance Hamilton would stay with Mercedes. “But equally, there is a 25% chance that we are not in control of,” added the Austrian, who on Saturday said he was totally open to Hamilton speaking with Ferrari. The Briton said any decision to leave would not be easy. “I love where I am so it’s definitely not a quick decision to go do something else,” said Hamilton, who owns several Ferrari road cars. “But of course it’s only smart and wise for me to sit and think of what I want, if it is the last period or stage in my career.”