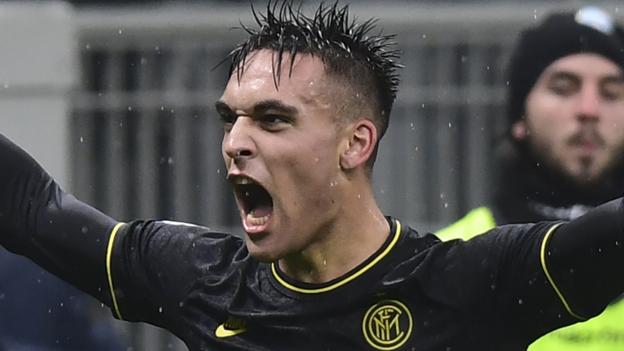 The Argentine striker, 22, fired in a 16th-minute opener from the edge of the area and headed in the hosts’ second four minutes before half-time.

Mattia Valoti responded for SPAL after the break, while goalkeeper Etrit Berisha denied Martinez his hat-trick. Inter are one point above defending champions Juventus, who drew 2-2 with Sassuolo earlier on Sunday.

In-form Martinez has now scored five goals in three games and has 12 in his last 12 in all competitions. Up next for Inter is the visit of fifth-placed Roma on Friday, before Conte’s side attempt to secure qualification to the Champions League knockout stages against Barcelona on 10 December.