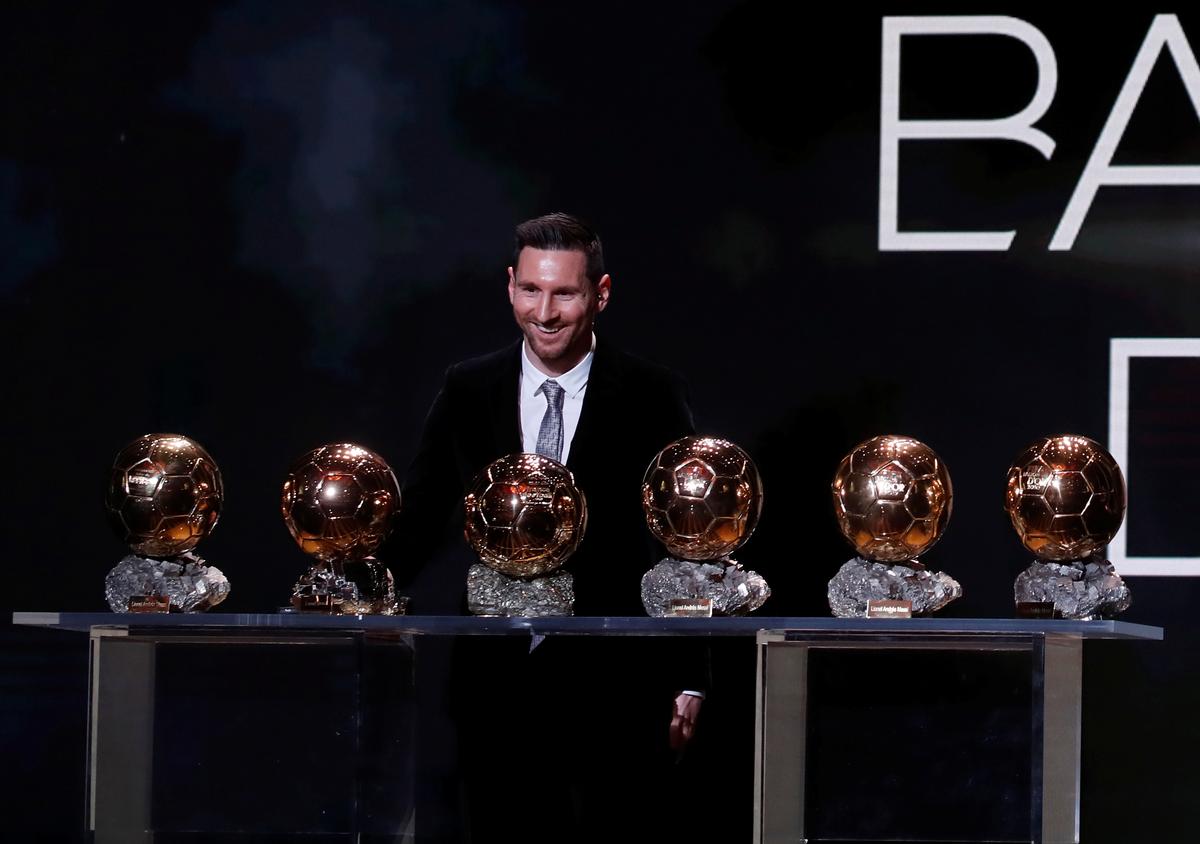 He finished above Dutchman Virgil van Dijk and Portugal’s third-placed Ronaldo, who has won the award five times. “I am very lucky, I am blessed. I hope I will continue for a long time,” Messi told reporters. “I realize that I’m lucky even if one day it will be time to retire,” added the 32-year-old. “It will be tough but I still have some years ahead of me. Time flies so I will enjoy football and my family.”

Senegal’s Sadio Mane, who along with runner-up Van Dijk and fellow Liverpool nominees Alisson Becker of Brazil and Egypt’s Mohamed Salah, helped the Merseyside club win the Champions League, came fourth in the poll of international journalists. “It was amazing,” said Van Dijk. “There are a couple of players like him (Messi) who are fantastic. I’m proud of what I’ve achieved with Liverpool and Holland. It’s going to be tough (to win the award) when these guys are around.”

Messi, whose stellar career was rewarded with another trophy, and Ronaldo, had between them won 10 consecutive Ballon d’Or awards until Croatia’s Luka Modric prevailed in 2018.

Megan Rapinoe earlier won the women’s Ballon d’Or after leading the United States to a record-extending fourth World Cup title in France this year as they retained the trophy. The 34-year-old midfielder, the standout player at the June-July tournament, succeeded Norway’s Ada Hegerberg who did not take part in the World Cup. Rapinoe was not present at the ceremony in the Theatre du Chatelet, where the show ‘An American In Paris’ is on. “I’m so sad I can’t make it tonight. It’s absolutely incredible congrats to the other nominees. I can’t believe I’m the one winning in this field, it’s been an incredible year,” Rapinoe said in a recorded message. “I want to thank my team mates and the U.S. federation.”

Dutchman Matthijs de Ligt, a key player in Ajax Amsterdam’s thrilling run to the Champions League semi-finals and now at Juventus, won the Kopa trophy for the best Under-21 male player. Alisson, one of the four Liverpool players in the top seven for the men’s Ballon d’Or, was awarded the new Yashin trophy for the best male goalkeeper of the year. There was, however, no trophy for the best female Under-21 player or keeper.