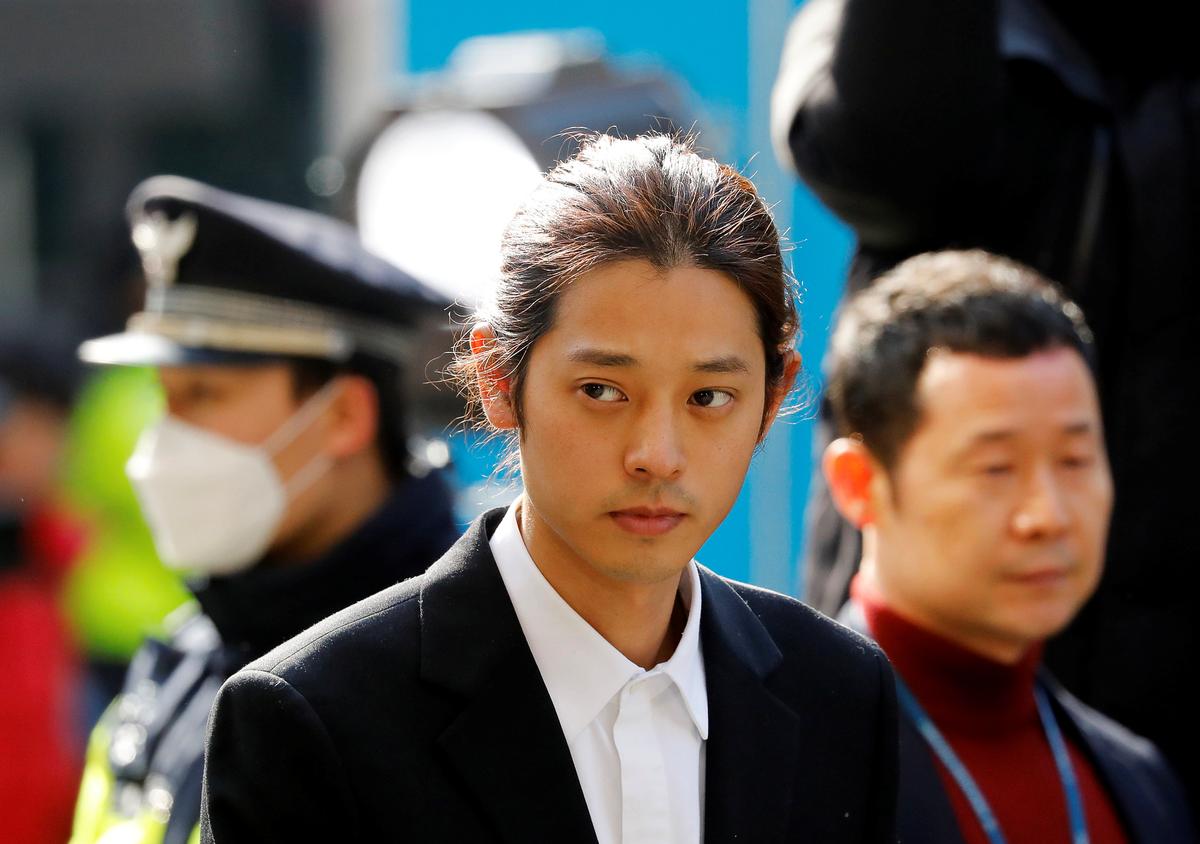 Jung Joon-young, 30, was arrested in March. Choi Jong-hoon, 30, a former member of South Korean boy band FT Island, was also sentenced to five years in prison for the rape of the woman.

Both were members of online chat groups that shared secret sex tapes and made jokes about drugging and raping women, the Seoul Central District Court said. Jung’s conviction also includes the illegal distribution of other videos he took secretly while having sex with women. The identities of the victims were suppressed to protect their privacy. The court also sentenced each man to 80 hours in “sexual violence treatment” education.

“The defendants are well-known celebrities and friends, but the chat they’ve had showed that they simply considered women as objects of sexual pleasure, and committed crimes that were extremely serious,” Judge Kang Seong-soo said as he handed down the verdict. “Strict punishment is inevitable as the damage inflicted has not properly been recovered and the victims demand harsh penalties.” Jung admitted distributing the video and others he took, though he argued the sex was in all cases consensual. Choi denied raping the woman, and had argued that he did not remember having sex with her and that if he had, it was likely consensual.

Lawyers for Jung and Choi could not be reached for comment.

Their case was one of several scandals involving sex crimes and other illegal activity that revealed a dark side of an industry at the centre of the global K-pop craze. Lee Seung-hyun, a former member of K-pop group Big Bang better known by the stage name Seungri, is also on trial over accusations he paid for prostitutes for foreign businessmen to drum up investment in his business.