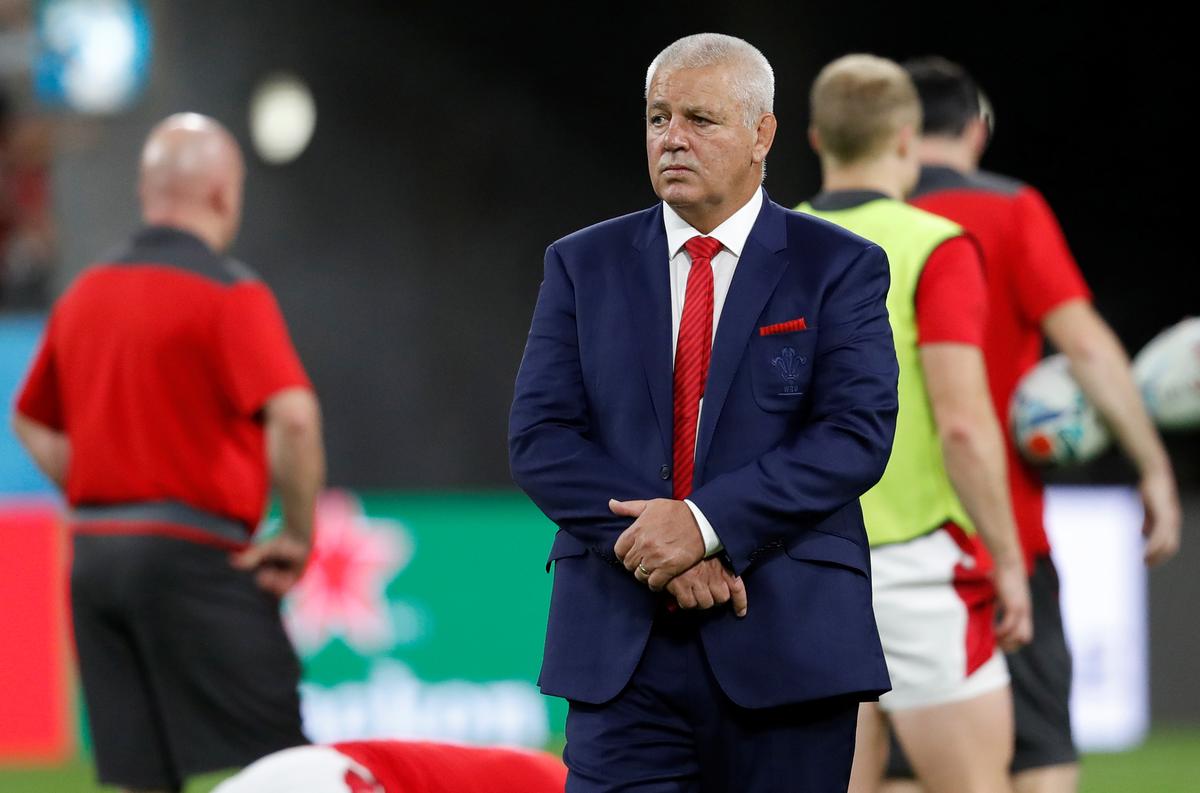 TOKYO (Reuters) – Wales coach Warren Gatland has retained the same starting line-up from their opening win over Georgia for Sunday’s crunch Rugby World Cup Pool D clash against Australia. Centre Hadleigh Parkes will play with strapping on a fractured finger he sustained against the Georgians, while hooker Ken Owens retains his place in the front row despite suffering a slight knee injury in the same match. There was one change on the bench with centre Owen Watkin, who would probably have replaced Parkes had he been ruled out, coming in for veteran fullback Leigh Halfpenny.

The match at Tokyo Stadium is likely to decide which of the two sides tops the pool.

Reece Hodge’s loss should be Dane Haylett-Petty’s gain but Australia’s selectors are poised to keep changes to a minimum for their Rugby World Cup clash with Wales. Coach Michael Cheika may have even considered naming an identical starting XV for Sunday’s match in Tokyo in a bid to build momentum through their two toughest pool games. That won’t happen after a three-man independent judiciary on Wednesday night banned Hodge for the three remaining pool games for his high tackle in the win over Fiji.

Haylett-Petty shone off the bench at Sapporo and is a logical replacement at No.14, with veteran back Adam Ashley-Cooper added to the bench. Any other changes to the team named on Friday would probably come in the backs, with the pack cemented in place after an imposing display against Fiji. The power and panache of a Samu Kerevi-James O’Connor midfield won’t change, nor winger Marika Koroibete, leaving only the halves and fullback facing scrutiny.