For the second time in three days at the ATP Finals, Rafael Nadal fought off one of the game’s rising powers but beating Greek Stefanos Tsitsipas proved in vain as his semi-final hopes vanished on Friday.

The indomitable Spaniard delighted his fans in the 02 Arena as he recovered from losing the opening set to beat Tsitsipas 6-7(4) 6-4 7-5, after which he was presented with a huge trophy for sealing the end-of-year number one ranking. Sadly for Nadal, and all those who were looking forward to him taking on Roger Federer in Saturday’s semi-finals, Germany’s defending champion Alexander Zverev had not read the script. The round-robin format at the ATP Finals throws up some complicated scenarios. None more so than Friday.

Tsitsipas had already qualified for the semi-finals courtesy of wins over Daniil Medvedev and Zverev, while Nadal needed a win and for Medvedev to beat Zverev in the night match. Had that happened he would have topped the group. Instead, Zverev’s clinical 6-4 7-6(4) win relegated Nadal to third despite also having two wins. Tsitsipas won the group while Zverev took second place courtesy of his head-to-head advantage over Nadal who he beat impressively on Monday.

Perhaps it had been asking too much for the 23-year-old Medvedev to save him. After all, Nadal beat the Russian in an epic U.S. Open final, came back from 1-5 down in the third set to beat him here on Wednesday and then his win over Tsitsipas effectively ended Medvedev’s slim semi-final chances. The Russian won more matches (59) then any other player this year but was not at his best against Zverev and went home from his London debut with three losses. Tsitsipas must now recover from his near three-hour loss to Nadal to face Federer in Saturday’s first semi-final before Zverev takes on Austrian Dominic Thiem. 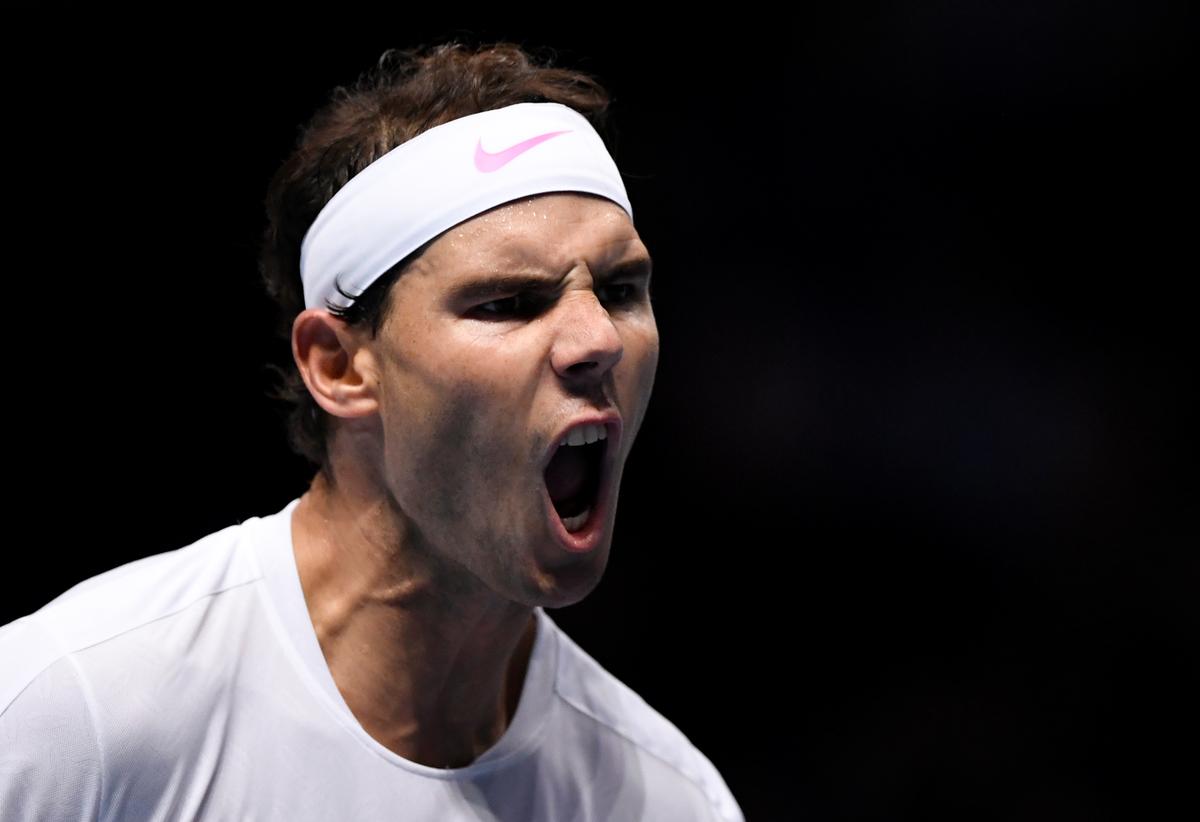 Federer’s win to knock out Novak Djokovic on Thursday meant Nadal will end the year as number one for the fifth time. But the Herculean effort he put in to beat Tsitsipas suggested he really wanted to get his hands on the ATP Finals trophy for the first time after finishing runner-up in 2010 and 2013. At least Nadal signed off in style. After winning a 12th French Open this year and the U.S. Open and reaching the final at the Australian Open and semi-final at Wimbledon, few could deny him his trophy celebration on Friday. Tsitsipas had not dropped a set before Friday and duly took the opening set with an ace to clinch a tiebreak.

Nadal was never going down without a fight though and began to play with a frightening intensity in the second set, pumping himself up with roars of “Vamos” after winning key points. Tsitsipas saved break points at 2-2 and 3-3 but Nadal was now in hunting mode and at 4-4 he finally cornered his prey to break for the first time. The final set went with serve as the two players slugged it out from the baseline but Tsitsipas blinked first, dropping serve at 5-5 when Nadal forced a volley error. Nadal then held serve for victory but rather than prepare for a 41st clash with Federer he can instead focus on next week’s revamped Davis Cup Finals.

Tsitsipas, whose all-court style has made such an impression on his debut, might rue the energy expended in going toe-to-toe with the game’s greatest warrior. “I wanted to win but probably wasn’t willing to die on the court for that, my main focus is doing well in the semi-finals,” he said. “I did leave something in the tank.” World number one doubles pair Juan Sebastian Cabal and Robert Farah scraped into the semi-finals after beating German duo Kevin Krawietz and Andreas Mies 7-6(7) 6-2 for their first group win. They will face Raven Klassen and Michael Venus.